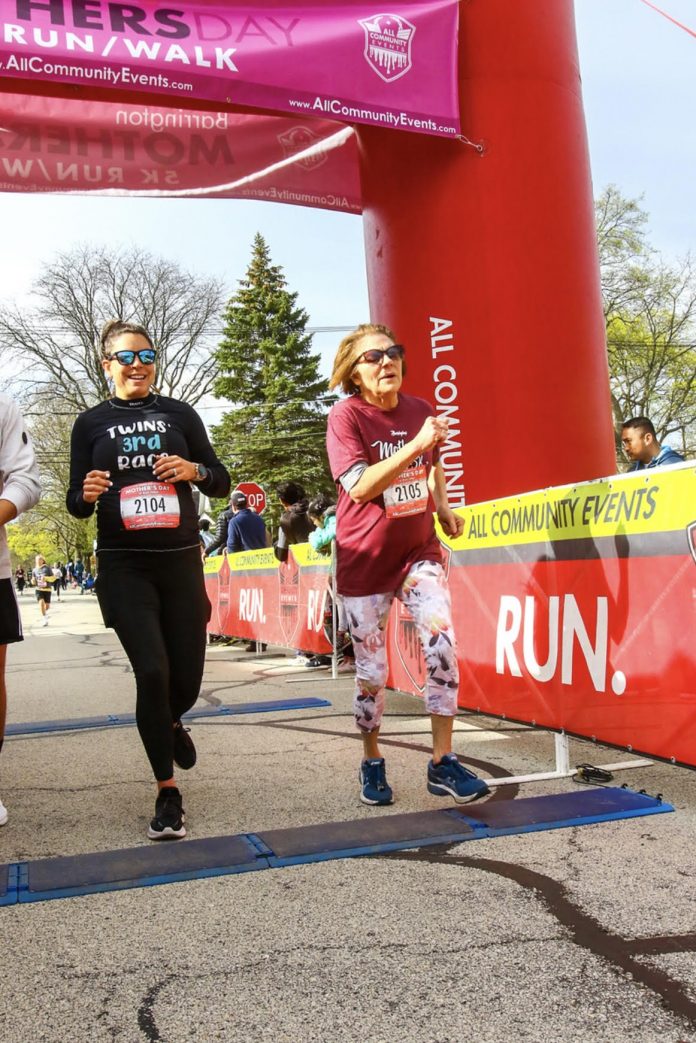 Downtown Barrington saw many women and girls kicking off Mother’s Day by running a 5k. Moms were definitely being celebrated from start to finish of this race! All participants received a rose and a cake pop at the finish line and all registrants also received their choice of a “Mom Strong” or “Mother’s Day 5k” dri-fit t-shirt during registration.

In previous years, runners could run the Mother’s Day 5k either in downtown Barrington or Deer Park. I overheard two ladies talking about how the Barrington course was more challenging than Deer Park, and saw firsthand that this was the case. Shortly after the race began, runners were greeted with a decent sized hill. The good news? This meant that all of the rest of the miles would inevitably be faster than the first! Fortunately, many people were out in front of their houses cheering so it didn’t make the hill feel quite as bad as I thought it would. Throughout the rest of the race, runners experienced shorter rollers.

The course was extremely well-marked with directional arrows, and mile markers were spot on with my watch every single time. There was one aid station on the course, but I did not see any porta potties (which is usually fine for a 5k, but something I probably noticed since I’m pregnant!). Photographers were at the start and finish to capture the excitement of the race. There were many families running, many strollers, and great spectators cheering, “Go Mom!” every so often.

After finishing, runners were given roses to either keep (moms) or give to other moms. Participants also had the option of purchasing a medal either during registration or after the race. There were a few blow-up props (like a running shoe!) that provided great photo backgrounds. A kids race was also offered and seemed to be a very popular option. Overall, this was a great way to kick off a day to celebrate all of the wonderful mothers!