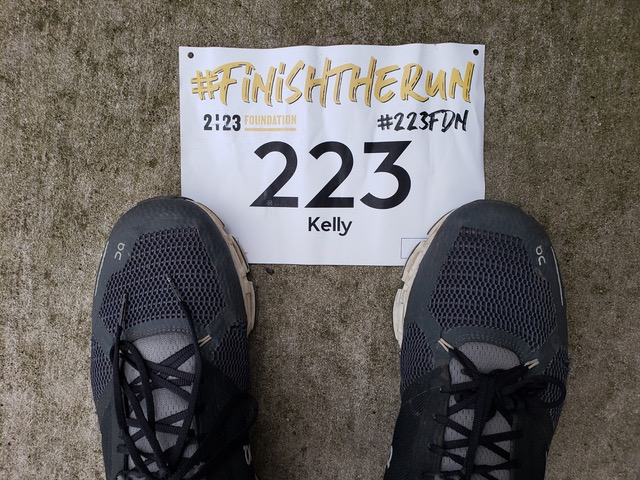 Last week runners across around the world participated in the virtual #Finish the Run, in honor of Ahmaud Arbrey, a 25 year old black man who left his house on a run one morning never to return. Arbrey, an avid runner, was gunned down by three white men on February 23, 2020, though news of his killing wouldn’t surface until months later when cell phone footage was released; a national outcry followed. Ahmaud’s family and friends organized an unofficial virtual run that year on what would have been his 26th birthday(May 8th)in which runners across the globe used the hashtag #irunwithmaud to honor the young athlete. 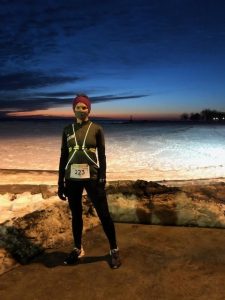 This year the memorial run became the “2:23 Foundation’s Finish the Run,” a global virtual run in honor of Arbrey, through which all proceeds will help fund a scholarship for young black and brown persons, encouraging their role in civil servant leadership positions. The 2:23 foundation arose in response to racial justice and disparity surrounding Ahmaud’s death, not only in the action of it, but in the failure of justice that occurred afterward for the men who weren’t charged until months later. Now the group hopes to prevent further injustice by seeing “a society that pursues fair, just, and impartial treatment of black and brown persons and to create space for them to be civically engaged and positioned as future public servants”. The group works to educate and support members for whom this disparity exists, and empowers those future generations to engage these systems in impactful and lasting ways. Their current goal is to raise $223,000 over the next year for these scholarships, much of which will be bolstered by this virtual run.

#Finish the Run is hosted by the event site Elite Feets, and participants enter through a form on the landing page, through which they can donate amounts beyond the $23.00 race entry fee. Registrants were encouraged to complete 2.23 miles though either a run, bike, or walk, between the dates of 2/23/21 through 3/3/21. This date span provided a longer time frame for both the completion and the entering of results via uploading times(taken via photo or downloaded on platforms such as Strava) and finish photos to the site. Early registrants had options to receive a race bib via USPS, while later registrants were offered a digital version. Individuals were given options to register with a team, or create their own, and share their participation via social media platforms with the hashtags #finishtherun and #223fdn. Many runners in Chicago participated in the event, and both Facebook and Instagram were flooded with 2.23 posts on the race’s start date. Running organizations, individuals, and celebrities within the athletic community posted results, including multi-marathon champion and Olympic medalist Meb Keflezighi, who shared his own tribute to Arbery.

Having completed the initial virtual run last May, I was looking toward this upcoming date with reflection on all the events that have occurred in our country since 2/23/20. Outrage over Arbrey’s fate was still simmering when George Floyd’s death occurred, setting off nationwide protests that would last long into a pandemic summer and beyond. I first heard of this race through my membership in the Runner’s Industry Diversity Coalition, a partner in the virtual run, and registered early enough to receive a bib via mail. Like many of us, I’d participated in plenty of virtual multisport events throughout the pandemic, though none with this somber and united tone. That morning the intention felt mismatched with the mood: instead a hopeful energy emerged in what felt the beginning of the end of a long, snowy winter. My feet found slush puddles in the pre-dawn darkness, and I passed several ambitious runners in shorts as I entered the lakefront path. 2.23 miles came quickly, and as I paused to reflect and document I noted that it had been hard to stop running at that moment. 2.23 miles into a run is about when a certain rhythm is hit, where tired muscles and bones shake the dust and find their groove, legs and heart and mind all work together and the world melts away; there’s only the run.

So many of us are privileged to find this space and have true freedom of movement that running, unencumbered by the worries of safety, can bring. As a woman I’ve of course encountered times where this mindfulness was broken, where a comment was made or where I was made to feel unsafe, but never have I known the consistency of continually fearing for my life while engaging in what should be one of the most freeing acts for our mind, bodies, heart, and soul. And so, #until we all run free, #I run with maud.