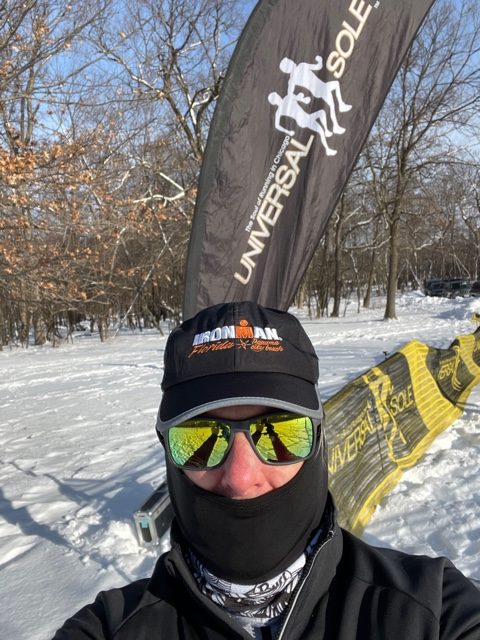 The morning dawned bright and cold (1°F) on Schiller Woods Forest Preserve, layering a shiny crust on the 10 inches of snow on the trails.  Approximately 79 intrepid racers in balaclavas, gaiters, buffs, and Yak Trax, were about to shatter that crust in the Universal Sole Valentine’s Trail Challenge.

Originally slated as a 5 mile race, the course was shortened to a 5K out and back route due to the snow and cold.  For safety reasons, participation was limited compared to Usole Trail Challenges in past seasons.  Starts were handled via waves with several minutes between with all participants remaining masked and physically distanced in the start area. 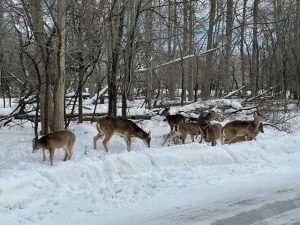 The first 200 yards of the course were through a meadow with no cleared path.  Plowing through this was a great way to get the heart rate up. Once the course wound its way into the woods, a narrow strip of packed snow made the going easier, until one began to encounter the runners ahead returning on the same trail.  This required many diversions into the deep stuff.  From my perspective in the middle of the field, the battle for the win was fierce, with the top two runners only yards apart.  The course marshals and photographer looked cold but were super friendly and encouraging to the runners struggling through the drifts.

The winter trail races run by Universal Sole are a highlight of my “off season” program, and this event at Schiller Woods was no exception.  I certainly didn’t make my time goals due to the conditions; but, after 2020, I am so happy to race again.