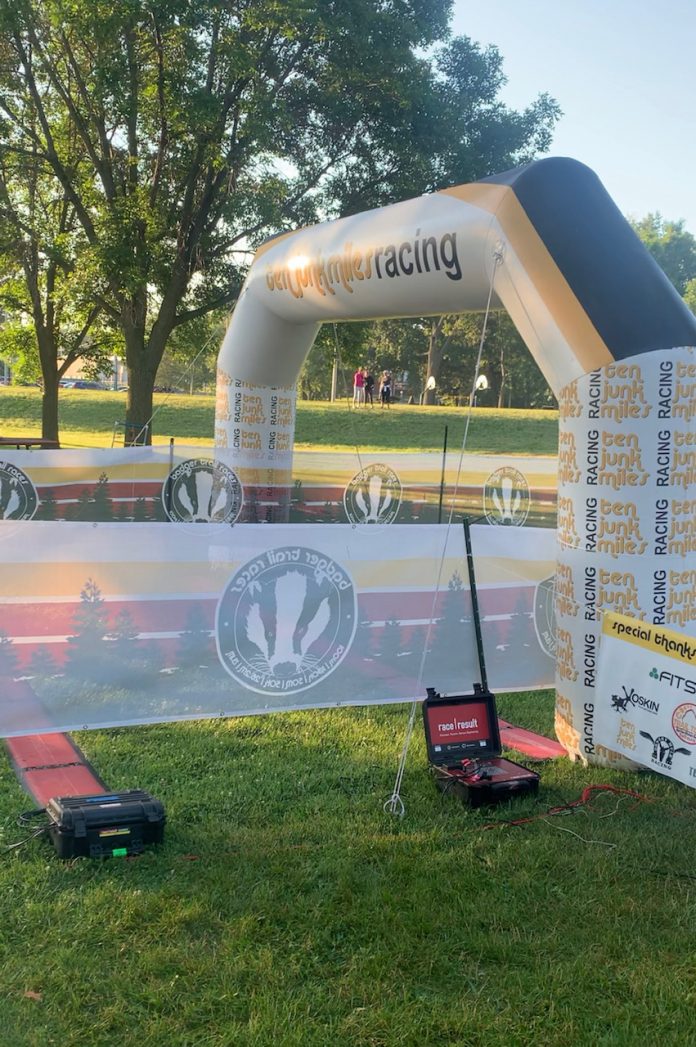 Where were you yesterday? Chicago Athlete was at the Ten Junk Miles Badger Trail races, along with hundreds of other fun-loving runners that were challenging themselves to take on enormous feats. Distance offered included 100-mile and 100K which began on Saturday and a 50 mile, 50K, marathon, and half marathon which began on Sunday.

All of the races followed the same routes and hit the same aid stations, although they varied by distance. The 100 milers were taken on bus to a start and the rest of the distances began at Belleville Community Park.

And before I go any further, I have to talk about the town of Belleville. This charming, small town, is just a couple of hours from Chicago, but it feels like a whole different world. The race (for most distances) began and ended in a quaint park that felt like home. Runners gathered before and after and made themselves comfortable on the picnic benches and grassy areas.

Throughout the entire morning, the DJ announced every single runner who crossed the finish line making us all feel like stars. And this is just one thing that Ten Junk Miles Racing did to make race weekend a very special, individualized, experience. The swag bag was fully stocked with a trucker hat, soft T-shirt, drawstring bag, stickers, and bracelet. The runners were treated to free pizza and beer at the finish line. And not only were the runners able to enjoy the celebratory end, but anyone that was there with a runner was also able to partake in kegs full of Wisconsin’s own Spotted Cow Beer and pizza.

And beyond all of that, runners were taken care of by the best volunteers. Aid stations were fun and energetic. And very helpful! I was given a handkerchief dipped in water at one of the aid stations, aptly named “Hollywood”, and captained by TJM podcast host, Holly Lindroth. This handkerchief became my source of cooling relief for the last several miles. I was also treated to Coach Nora Bird’s aid station and the station staffed by Potawatomi Trail races. These volunteers went above and beyond basic hydration fulfillment to clothing assists, hugs, and so much more. This race is truly made by the people.

And the leader of it all is Scott Kummer, founder of the Ten Junk Miles podcast and Ten Junk Miles Racing. Scott is a pillar in the ultra running community and a friend to everyone. He has fostered an all inclusive, fun, atmosphere for runners in this race and we are all incredibly thankful. Scott’s wife, Kylia Kummer, is the co-RD and the queen of organization. She ensured everyone had everything they needed throughout the entire weekend.

So now that I have told you about the real gems of the weekend, I’ll give you the race day deets. Parking was super easy and free in the park and surrounding village streets. The full and half marathons began at 7am on Sunday. I ran the full and toed the start line with the last round of runners heading out for race weekend. 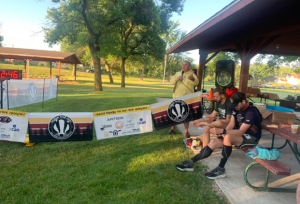 We began promptly at 7am following a pre-race briefing from Scott. This briefing included instructions to help guide runners on the course. Namely…”If you get confused, act like a train. What would a train do?”. As the course followed an old railroad track, Scott encouraged us to act like a train and stay straight. No quick turns unless the overly visible signs dictated. Runners then set off to hit the trail. 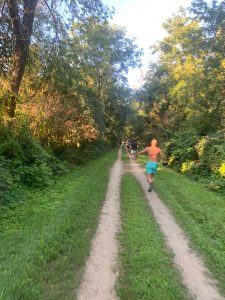 After leaving the park, the first 3 miles were on the Badger State Trail and continued onto the Jane Addams Trail between Belleville, WI and Orangeville, IL. Both trails were heavily shaded and flat. Runners were then routed to a course detour due to the Stuart tunnell being rehabilitated. This detour included hills and sunshine…lots of both. In my opinion, this detour was definitely the most challenging part of the course and I can’t wait for the tunnel to reopen! 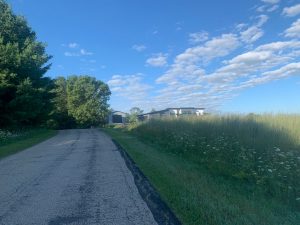 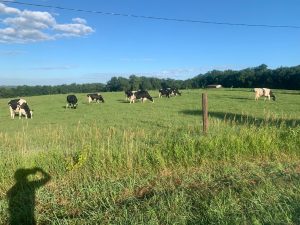 Runners then entered the trail again to finish an out and back on the luxuriously shaded and flat trail. Runners hit the finish line and were greeted by Scott with a hug and flashy medal. Crowds hung around as the finished and it truly became a party in the park. 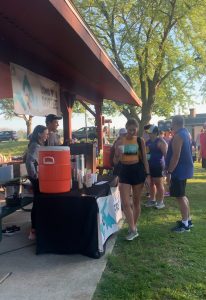 If you haven’t tried out any TJM races, you should definitely check out their line up out for a fun, scenic, race experience. Also don’t forget to tune into TJM podcast next time you need a distraction during your long run.