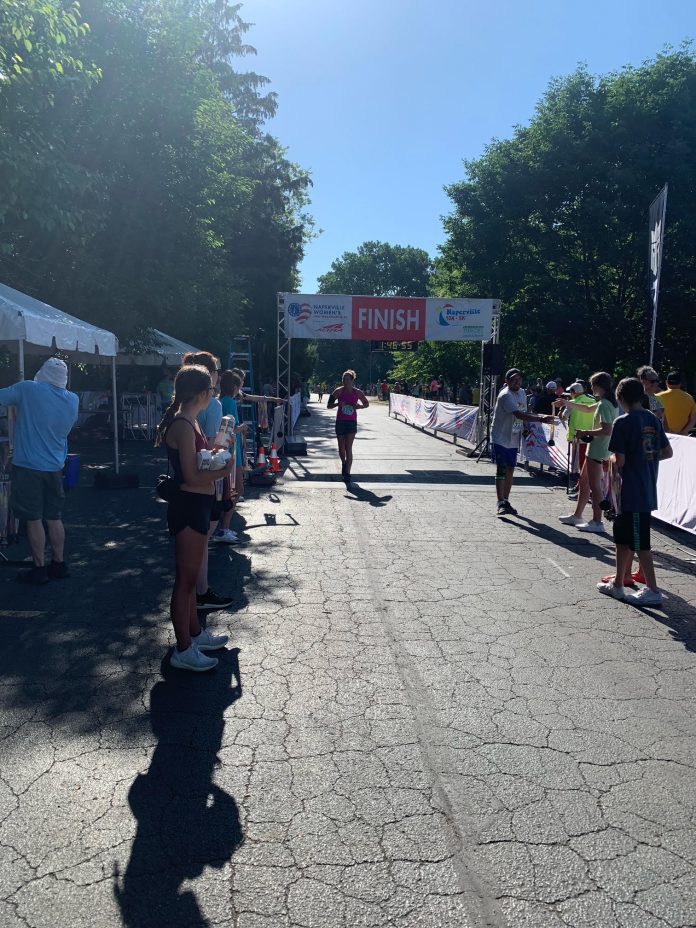 This past weekend, Naperville Women’s Half Marathon and 5K came back in full force and effect. Rescheduled from April, this race was held on Sunday, June 13, in conjunction with the annual Naperville 5K/10K. All events began at Centennial Park Beach where runners toed the start line in waves between 7 and 8 am.

This is the first large scale event we have seen, with just under 1000 runners attending. Participants parked in municipal parking garages throughout the area and walked a short distance to the start line. Runners were spaced by their bib number, and ushered to the start line in waves. 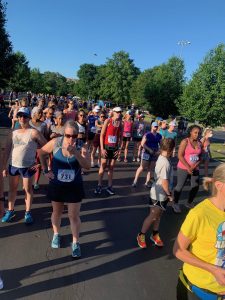 All runners begin at the same point and headed out on a course through the streets of Naperville. Several streets were closed down and law-enforcement lined the intersections to ensure the safety of runners. The race company had a great deal of coordination to host this course the way they did. 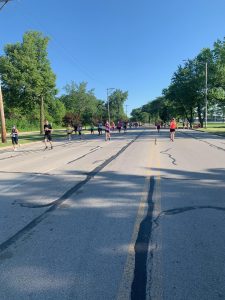 Temperatures began in the 70’s and ended in the high 80’s by the end of the morning. Aid stations provided water and Gatorade to runners who appreciated it immensely. There was not much shade on the course, but there was very little elevation.

Runners finished at a different spot in the park and were greeted by boxed water and finish line medals for all. All runners also received a short sleeve done, bright yellow T-shirt, quite fitting for the summer.

This race felt like a return to normal with the large crowds and no mask mandates. I had forgotten how to maneuver around other runners on the course and at aid stations, so that was new for me. But, having crowds both on and off the course was a welcome return and provided the energy needed to battle the heat. Great job to all of the runners, volunteers, staff, law enforcement, and cheering spectators.