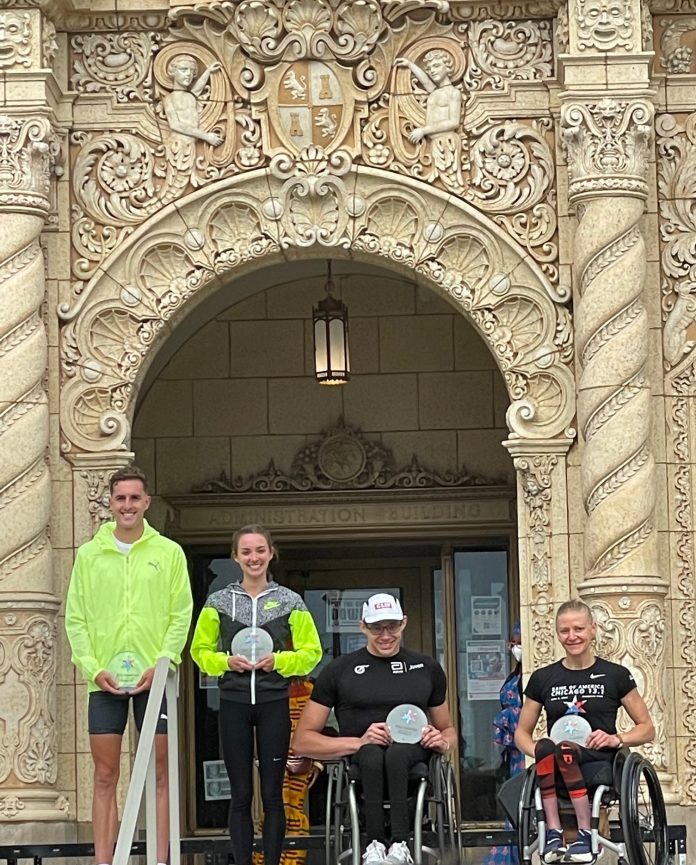 On Sunday, June 5, 2022, the Chicago running community celebrated a brand-new half marathon. Initially announced in winter of the year everything got cancelled, the long-awaited Bank of America Chicago 13.1 put on a great event. Unlike most races that focus on Chicago’s lakefront, the new race explores the incredible greenspaces and boulevards of the West Side. The race began and ended in Garfield Park in front of its amazing Spanish Baroque Revival fieldhouse. After a half circuit of the park, runners hit the boulevards north to Humboldt Park where a tour around Luis Munoz Marin Drive awaited. Returning to Garfield Park for the halfway mark, the course continued south to Douglass Park before returning north to the finish.

The race organizers worked with many of the city’s running clubs to ensure a large number of cheer stations along the route and hydration sponsor Nuun provided aid stations every mile. The layout of the course ensured that most participants had the opportunity to see the small but powerful elite field in action. This is extremely motivating for an age grouper like me.

The beautiful, natural surroundings of the Garfield Park lagoon and great music (and beer) encouraged lingering at the after party. Easy access to the CTA’s Green Line and the Madison bus made it a snap to get home. The organizers also provided shuttles to the United Center for those participants unable to use public transportation.

All in all, the new Chicago 13.1 was a success (while I was a DNF, electing to shorten my run to a 10k- some days, you just do not have it in you). It was a fun race through beautiful neighborhoods that have been typically underserved by events of this sort for years. The greenspaces of the West Side deserve more recognition and hopefully, the Park District will continue to work with organizers on similar events in the future.