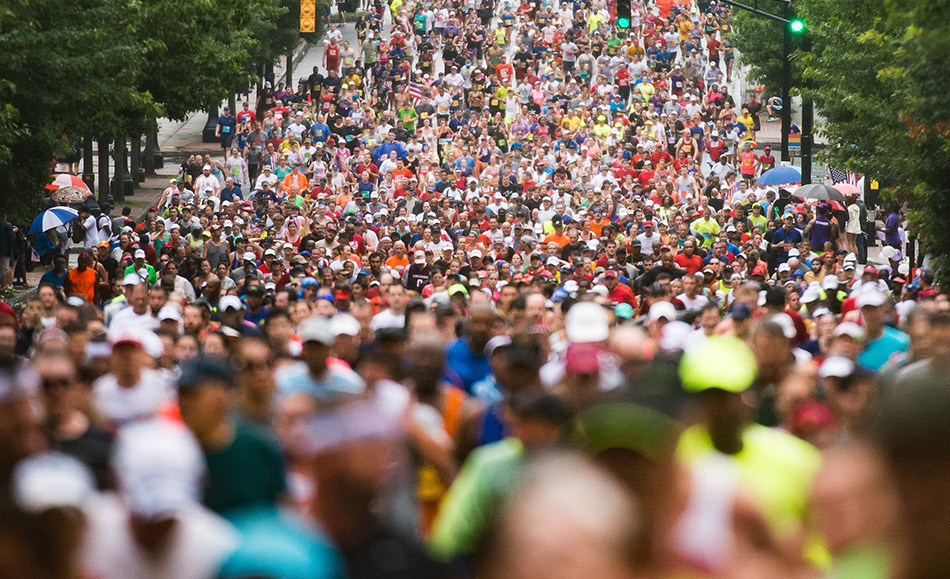 Despite the decline, the finisher total leveled off from the nine percent decline seen in 2015, while the 2016 finisher total ranks as the fourth largest in history.

Between 1990 and 2013, finisher totals quickly grew from five million road race runners to over 19 million. Since 2014, the sport has seen a shrinking of sorts, as totals have now dropped under the 17 million finisher mark for the first time since 2012.

As the industry continues to look for ways to keep runners racing and their events growing, the decline is also being seen as a check on unhealthy races, seeing those with unsustainable structures leave the marketplace, allowing sound events to strengthen their foothold.

“While finisher totals continue to fall, however slightly, there are a number of positive signs for the industry,” said Running USA CEO Rich Harshbarger. “As race directors react to declining participation numbers, what we’re seeing is more of them increase value and create better experiences for their runners, partners, charities and communities.”

The number of organized races increased by 100 to 30,400 in 2016, but the number of races with 25,000 or more finishers decreased from 13 total in 2015 to ten in 2016, according to the Running USA Largest Races database. In addition, the 5K distance saw an increase in finishers in 2016, with 8,242.500 runners crossing the finish line. However, the 10K, half marathon and “other” distances saw decreases of four percent or greater. The marathon finisher total remained flat.