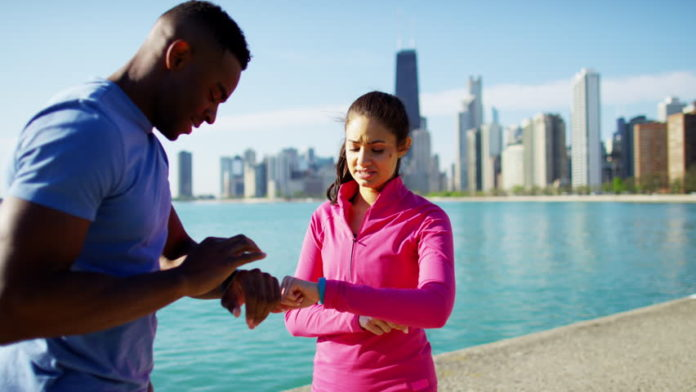 With the first 60-degree day comes the start of another race season. Though you’ve been lifting weights and training your core, you need to prepare your mind for PRs too. Here’s five psychological takeaways to take into your new training cycle:

Struggling to Start? Give Yourself Permission to Quit

You wake up knowing you should work out but the thought of spin class has you switching on Stranger Things. The struggle is real. But if you can’t fathom a full hour of effort, allow yourself to bail after five minutes. According to a new study on forced choice, the choice alone will make you more likely to not only start, but finish your workout.

In the study, two groups of participants completed a series of puzzles. When they were given an option to quit early, participants were actually more persistent in their work and completed more puzzles.

The explanation for these counterintuitive findings? If people entertain the possibility of giving up, they make a conscious commitment to continue, thus assuming more personal responsibility for completing the task.

Not feeling motivated? Hold yourself to five minutes. Even if you cut the workout short, you can rest easy with the knowledge that you tried.

Scared of the Wall? You Won’t Remember it as Clearly Afterward

At mile 20, we swear we’ll never run again. Two days later, we’ve registered for the next race. Endurance athletes exhibit a selective amnesia that many compare to childbirth, and a new study of marathoners has supported that observation.

Immediately after finishing a marathon, 62 runners were asked to rate the intensity and the unpleasantness of the pain they experienced during the race. Either three or six months later, they were asked the same questions.

Regardless of the time elapsed, participants underestimated both their pain intensity and unpleasantness from race day, suggesting that we really don’t recall the pain induced by physical exercise accurately.

When your quads are burning on mile 22, that knowledge is cold comfort. But if you’re fearing “the wall” before your first marathon, think about this: If you won’t remember the pain later, it can’t be that bad, right?

What Doesn’t Kill you Really Does Make you Stronger

After suffering a catastrophic injury and doubting his future, an athlete rebounds to race better than ever. It’s a tired trope, but a new study has backed it up with research.

In a survey of 29 elite athletes from the UK, participants reflected on the “traumas” they faced during their careers – an injury, missed qualifying time, or other adverse event – and rated their impact on their performance. After a setback, athletes always reported an initial drop in performance potential. But each time, they bounced back with a rebound of greater magnitude.

Through adversity, athletes gain a resiliency, humility and openness to learn that boosts their long-term performance. If you’re rehabbing an injury or mourning a bad performance, reframe it as a learning opportunity.

How to Sustain Your Flow: Stay Positive

Every runner chases a state of flow: those mid-run moments when we become completely absorbed in each step and everything just seems to fall into place. But achieving flow is like falling asleep: The harder you try to achieve it, the less attainable it becomes.

This new study on flow didn’t suggest any strategies for reaching a flow state, but it offers hints on how to sustain it once you’re there.

After an initial positive event, like a good mile split, athletes continued to blow their flow by repeating positive thoughts. With more confidence, athletes re-appraised their situation and set “open process goals,” goals that aren’t tied to a specific outcome. Example: “I feel good, I wonder what I can do today?”

Athletes also employed specific psychological skills to manage and maintain their flow states: either by thinking about life or focusing on their physical surroundings. Sufficiently occupied, they avoided the self-critical thoughts, thought to inhibit flow.

So next time the stars align and you hit your flow, just stay positive!

How to be Clutch: Avoid Negative or Distracting Thoughts

Similarly, every athlete wants to know how to perform in “clutch” moments. When we’re on the brink of a BQ, what mental strategies should we use?

In the same study, athletes shared their thoughts and emotions during their most “clutch” performances, which researchers broke down into three steps.

Clutch performances boil down to a single-minded focus on the task at hand, with no room for extraneous thoughts.

So instead of trying to stay positive during your next season-defining moment, don’t try to talk yourself up. Just focus solely on the finish line.