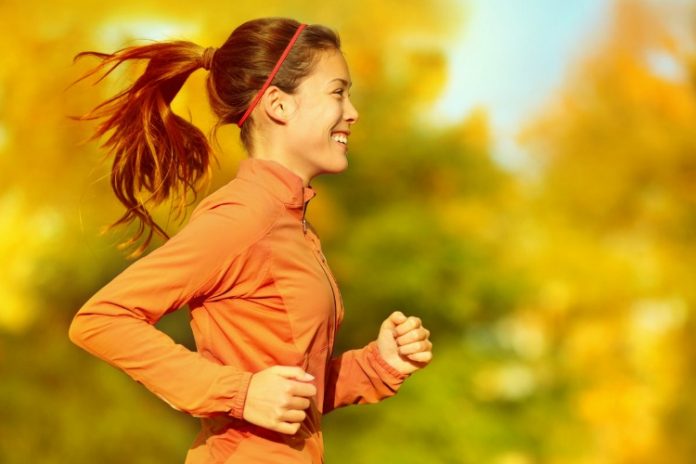 If you are newer to the running community, it won’t take you long to realize that runners have their own seasons. Right now we are smack dab in the middle of marathon training season. Whether you are prepping for Chicago, Milwaukee or Detroit, there are plenty of ways to earn your 26.2 badge of honor this fall.

I have gotten the amazing opportunity to train with Robyn LaLonde, a USAT Level-1 Coach, Certified Level II Metabolic Efficiency Training Specialist and Head Coach for Nike+ Run Club. Robyn is the owner and Head Coach of Edge Athletic Lounge, a fitness and recovery center in Chicago, where we have met over the course of the last eight weeks.

“Next time you see your race pictures, check out your ponytail,” advised Coach Robyn. “Excessive ponytail swing can be an indication of poor run economy as it indicates too much vertical and lateral movement or ‘bounce’ in your form.”

After this coaching session, ponytail swing became something I could not keep my mind off of. And, as I looked back at past race photos, I was astounded at the amount of ponytail swing I saw!

I dug deeper to examine the science behind the swing and was astounded to find that this was a deeply researched topic.

Joseph Keller, who wrote the article “Ponytail Motion,” for the Journal of Applied Mathematics in 2010[1] would jog around Stanford campus, and like most of us, would get lost in his thoughts. For Keller, a trained physicist, these thoughts were centered on the ponytail swing of his fellow runners, both men and women alike.

He compared the ponytail to a pendulum and found that a ponytail satisfies the Hill equation, which predicts that the natural frequency of the pendulum (the ponytail) will grow over time, causing the ponytail to swing from side to side even though the head is only going up and down.

Keller also pointed out that speed makes very little difference in the swing, if you have poor running form. In most cases, a quicker speed does not translate into your feet moving faster, but instead your stride lengthening.

So, the only way to correct this swing is through correcting your form, not speeding up your stride.

“When you are running, imagine that you have a string attached to the top of your head that pulls you up to the sky,” suggested Coach Robyn. “This will align your posture vertically and also perpendicular to the ground. Keeping your chest tall and eyes gazing forward (or very gently down), your head should be in a fixed position with all motion moving forward and not side-to-side. Bonus: You’ll also reduce the amount of impact with which you land, reducing your chance of injury.”

After following Coach Robyn’s advice, I have noticed a difference in not only race pictures (a smaller swing), but also an increase in my pace. A heightened posture has definitely made my stride more efficient. So, while I no longer feel like a beach babe with my hair swinging loosely in the wind, I’m faster and more efficient with my stride…a compromise I am more than willing to make.