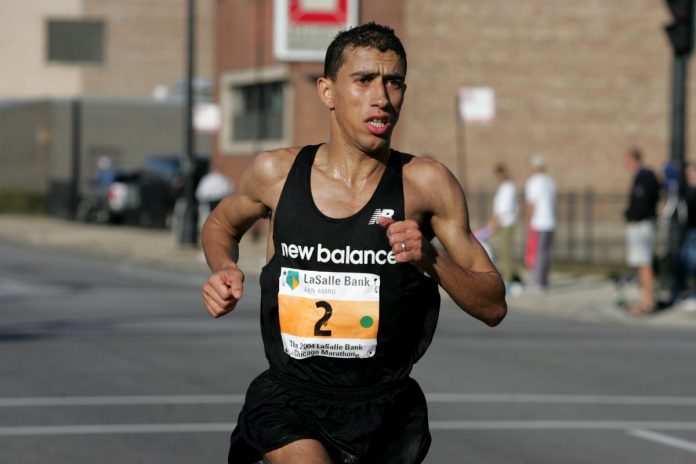 Jones, Khannouchi, Ndereba and Radcliffe all set world records on the iconic Chicago Marathon course. Kastor, a multi-time American record-holder and an Olympic bronze medalist, is the last American woman to have captured the Chicago crown. All five champions will be available to meet with runners and the community at the Abbott Health & Fitness Expo, the Advocate Health Care International Chicago 5K, and at various points throughout race week.

“To have Steve, Khalid, Catherine, Paula and Deena returning to Chicago adds an extra layer of excitement and historic significance to race week as we look forward to celebrating 40 years of one of the greatest marathons in the world,” said Executive Race Director Carey Pinkowski. “All of their victories shine in our record books, and on top of being great champions, they have been dedicated ambassadors to the running community. We are honored to welcome them back to Chicago.”

Jones put the Chicago Marathon on the map in 1984, delivering its first world record (2:08:05) in spite of cold temperatures, a steady downpour and a world-class elite field. Many credit Jones’ fearless running style with elevating marathon racing to the next level. Khannouchi made his marathon debut in Chicago in 1997, winning in 2:07:10 to set course, debut and North American records, while running the fourth-fastest time ever. He returned in 1999 to close out the century by clawing back from a 33-second deficit to set a new world record (2:05:42) and to become the first man to break 2:06. He seized two more Chicago Marathon victories in 2000 and 2002.

Ndereba – often called “Catherine the Great” – competed in her first Chicago Marathon in 2000, becoming the first athlete in 15 years to threaten Joan Benoit Samuelson’s course record (2:21:21). Ndereba broke the tape in 2:21:33, and then returned in 2001 to make history. After a slow start and an early challenge from the field, Ndereba gifted Chicago with its third world record by becoming the first woman to break 2:19, officially running 2:18:47. Radcliffe added an exclamation point to the 25th anniversary of the Chicago Marathon in 2002 when she arrived to go head-to-head with Ndereba. She took command of the race at the halfway mark and put on a show for nearly 1 million spectators, breaking Ndereba’s world record by 89 seconds (running 2:17:18) and becoming the first woman to run under 2:18 – setting a new precedent for what was possible in women’s running.

Kastor came to Chicago one year after a courageous Olympic run in the marathon that saw her patiently pick off her competitors to ultimately stand on the podium with a bronze medal. She moved to the lead in 2005 shortly after 5K and sustained a sub-2:20 pace for the final 23 miles. She narrowly won by five seconds, taking home her first Abbott World Marathon Major victory and turning in the third-fastest time ever by an American.

Runners interested in celebrating the 40th running of the Chicago Marathon still have the opportunity to join the anniversary field by signing up to run and fundraise on behalf of a charity. Race organizers have seen great interest and enthusiasm from runners hoping to be a part of this milestone and are expecting one of the largest finisher fields in event history. Learn more about race weekend events and activities at chicagomarathon.com.