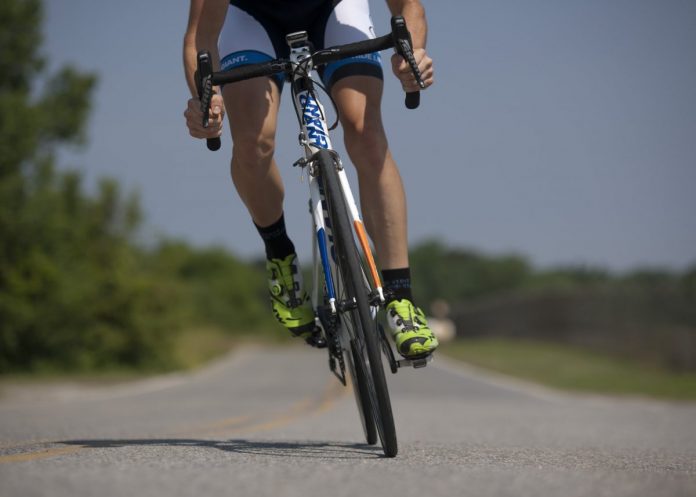 It’s been years since I participated in the North Shore Century, though I’ve done it twice before—both as the first metric and then full century I ever did. As training for an upcoming Ironman, I needed the miles and remembered the remarkable aid station goodies this ride provides, so I decided to treat myself to a supported ride.

As has been our endurance luck this year, flooding in far north Gurnee caused the organization (Evanston Bicycle Club) to make a tough decision—to remove the 100-mile century option. I was bummed that this meant we wouldn’t be reaching the Wisconsin border, but ultimately, we had the option to complete and repeat 25, 50, and 62-mile routes (they kept both aid stations open late as a result). I chose to loop the 50-mile route, so I’d hit both aid stations twice. This also enabled me to ride one loop with friends, and a second loop solo for training.

EBC provided GPS files and cue sheets for the ride, which started and ended at Dawes Park in Evanston and took place on fairly busy open roads with all traffic laws applicable. The route follows popular roads for local cycling clubs (i.e. roads I and many other participants already ride multiple times a week) but with added perks of fully stocked rest stops and frequent SAG (Support and Gear) vehicles sweeping the routes. I always find it beneficial to have additional cyclists on the road as well, because it makes it more fun and makes us more visible on the roads. And with ever-increasing road “blemishes,” it was a luxury to see so many SAG vehicles and mechanic stands.

It’s about 18 miles between aid stops, which I found to be right on par for when I needed a bottle refill or a snack. The stops were placed in parks so there was plenty of room, and real bathrooms were available. Stop 1 was at Northcroft Park in Lake Forest. Not much has changed from years ago, as in, this stop is still known for the popular Egg McMuffin handouts and my other favorite, the chocolate chip pumpkin bread. Stop 2 was Sunset Woods Park in Highland Park, typically the stop you’d hit last on the way back in from the 100-mile, with afternoon snacks like fresh Judy’s pizza, hot dogs, and more homemade sweets and treats. While this year I wasn’t even halfway into my ride when we arrived the first time, I didn’t say no to the early pizza, and found it to be great fuel for my second loop.

It’s great to have this staple local century, and I was happy to see frequent North Shore riders out in force along with new riders tackling big distance challenges! Thanks to EBC for working around the challenges and putting on another well-run event.