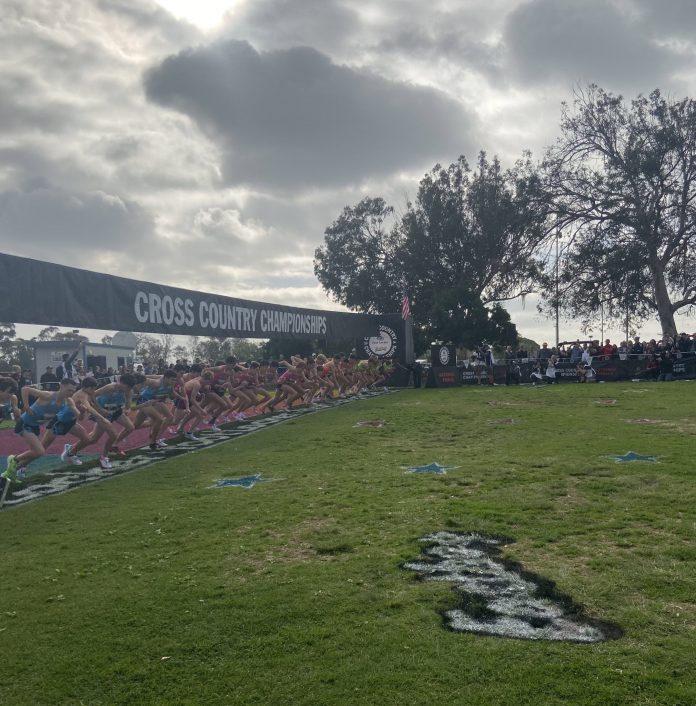 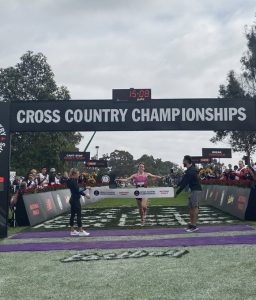 In the girls’ 5K race, Dudek outkicked Marlee Starliper of Wellsville, Pa. over the final 300 meters to punctuate an exhilarating FLCCC display, winning in a time of 16:45.0 – the fifth-fastest girls’ time ever at the National Finals. In the boys’ 5K race, Methner awed the spectators with a powerful performance pulling away from the competition to claim a 15:08.8 victory. 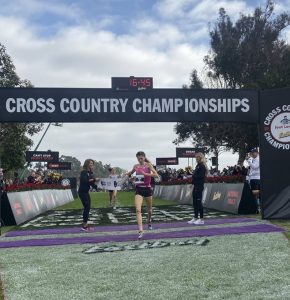 FLCCC – Girls’ National Final:
Dudek first took the lead prior to the two-mile mark after Katelynne Hart (Glen Ellyn, Ill.) – last year’s runner-up – had pressed the early pace highlighted by an opening-mile split of 5:09. A quarter mile later, it became a four-girl race between Hart, Dudek, Taylor Ewert (Beavercreek, Ohio) along with a climbing Starliper. Ultimately, it became a duel between Starliper and Dudek after the pack hit the course’s signature hill for its second ascent. By the time they reached the top of the hill, Starliper appeared to have taken command of the field. But Dudek was not to be denied as she rallied and regained the lead for good on the strategic downhill section prior to the three-mile mark. From there it was a furious two-girl sprint to the line, with Dudek claiming the title and Starliper finishing second at 16:46.8. Abby VanderKooi (Fremont, Mich.) finished third at 16:55.2 and Hart maintained fourth at 17:14.4.

FLCCC – Boys’ National Final:
The boys’ 5K race was initially defined by a moderate pace set by Judson Greer (Melissa, Texas), who cruised through the opening mile of 4:48 with the entire field of runners in tow. A half mile later, Methner accelerated forward and opened up a quick 10-meter gap, and never looked back as he made the second half of the FLCCC his own personal victory tour. He crossed the finish line comfortably ahead of runner-up Carter Solomon (Canton, Mich.) who clocked a 15:16.9 time. Also finishing strong were Patrick Anderson (Pittsburgh) in third place at 15:18.0 and four-time FLCCC finalist Graydon Morris (Aledo, Texas) in fourth place at 15:18.1. 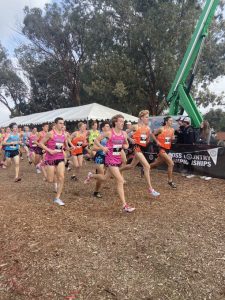