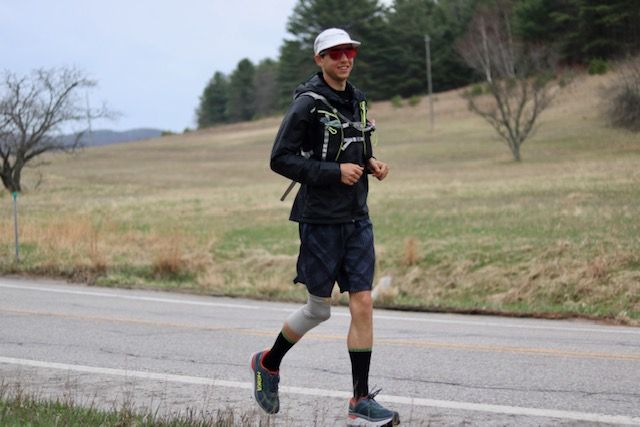 I had the privilege to speak with Lee Thornquist who ran  1100+ miles  around  the perimeter of  Lake Michigan  in 36 days to raise money for the Alzheimer’s Association in honor of his grandmother, Harriet.

When he got laid off in August 2020, he knew this was the perfect time to go after his idea of running 36 days straight around lake Michigan.
Lee hired a running coach and started training seriously in October 2020 for 36 days of running around Lake Michigan.  During the peak training weeks, he logged an average of 80-100 miles a week, as well as cycling for cross training.
‘Having goals that seemed to be impossible to obtain continue to challenge me” said Lee.  In 2018, he finished his first half marathon ever.  Prior to that, he only ran a few 5k’s.  He found running as a tool to challenge himself.  “Don’t be afraid to go after something crazy!” said Lee.
After five months of training almost every day, He started his 36 day journey on March 14, 2021.  Lee’s first 10 days were his low moments of the race.  He was in severe pain and wasn’t sure he could complete the journey.  But he kept going and took one day at the time.  Lee said as he kept running, he knew he was getting stronger and the journey was more enjoyable.  He completed  1100 + miles on April 18, 2021. 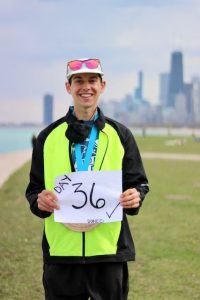 Every night after logging the miles, he went back to an RV to sleep. He had three different RV drivers who also helped him with meals.  The first 12 days were done by Lee’s friend’s roommate.  Prior to this event, Lee had never met him but had developed a relationship through planning calls.  The second driver who drove him for 11 days was Lee’s mom’s friend’s daughter.  Lee had never met her either prior to the event.  The third driver who brought him back to Chicago to finish the race was Lee’s father.  He was with Lee for the last two weeks. 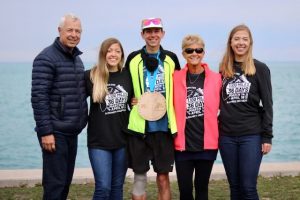 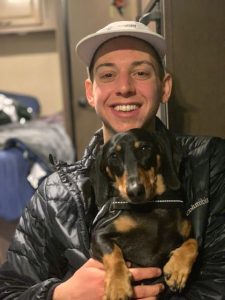 His next race will be Chicago Marathon in October, 2021. He will represent the Alzheimer’s Association.