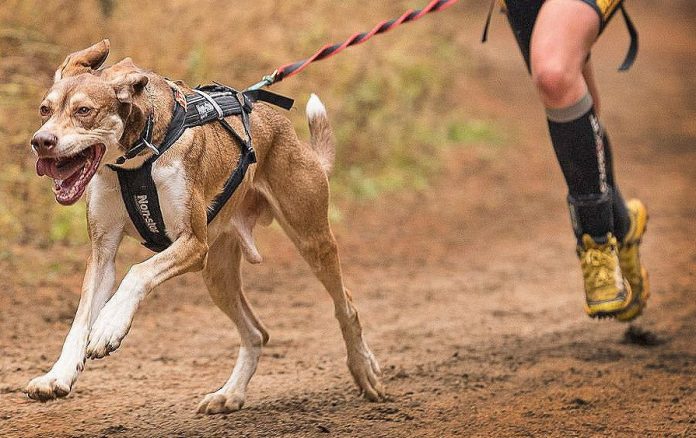 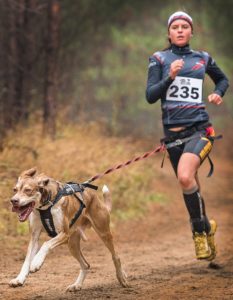 It’s often been said that a dog is a “mans best friend.” Runners especially bond with their pets, as, like humans, they need exercise too.

While some races are dog friendly, most dog-lovers are restricted to running on the nearby bike path with their canines. Luckily, though, a new dog-powered sport al- lows humans to be competitive with their dogs.

Canicross, much like dogsledding, is the sport of cross-country running but with dogs. Usually ran with one or two dogs, the canines are attached to the human with a harness and bun- gee cord. Races can range from two to 30 miles long, and can be performed on the same trails that running races take place on.

“Canicross is considered a dog-powered sport in that you are not just running with your dog, but your pup is actually helping you run faster then you would have alone,” said Richard Kisseloff, an experienced athlete in dog-powered sports. “You and your best friend are a team working in unison.”

Unlike dogsledding, canicross can take place at any time of year and does not require much equipment – all that’s needed to participate is a good pair of shoes, a pulling harness and a quality belt, Kisseloff said.

Currently, canicross races are most popular in Europe, he added. However, the United States is beginning to adapt the sport; in fact, nearly 200 dog/human teams competed at the end of May at a race in Maine.

“In France and much of Europe it is not uncommon to go into a running store and find the proper equipment to perform this sport,” Kisseloff said.

Recently, a canicross group was started in Chicago. Windy City Mushers, which Kisseloff co-found, allows dog-lovers to participate in dog-powered sports. For those with only one or two dogs, this group opens the doors up to be active with their pets and others.

“Our goal is to promote an active and healthy lifestyle for both pet and owner,” the Windy City Mushers’ Facebook page said.

Windy City Mushers also offers clinics for about $50, where participants can learn about and train for canicross, as well as nutrition and safety precautions for both humans and dogs.

“Here in the United States, we are many years behind. While many races are dog friendly, there are not many canicross specific races or activities,” Kisseloff said. “We’d like to see the sport of canicross grow, much like in Europe, but also understand this will always be a niche sport.”

Other dog-powered sports include skijoring, bikejoring and scootering.