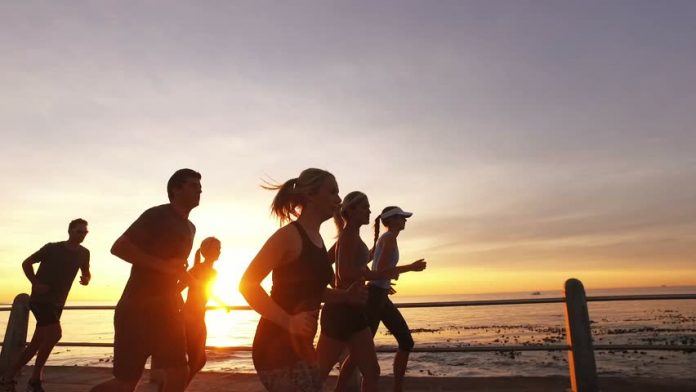 Finding success and enjoyment in running, with it being considered an individual sport, is interestingly often dependent on the company with whom we choose to run with. There definitely are perks to some time alone out on the roads, however, this New Year I encourage you to put an end to the “loneliness of the long distance runner” and join a running club.

Running clubs are for more than just the competitive elite. In fact, most running clubs are filled with typical runners who are out there primarily for personal improvement and fulfillment. If you have been avoiding a running club because you feel you do not belong, as long as you know how to lace up your running shoes, trust me, you belong. This year it is time to maximize your experience, and get more from all those miles you are putting in and join a local running club. Here are some reasons why:

Power of the Group

At CARA we have long believed in group training. The “Power of the Group,”as we call it, provides a sense of belonging, encouragement and motivation to keep you accountable to your run. I love running, but I have never said it is easy. Meaningful running goals take a commitment to get out the door for all of those long runs and speed training sessions. Knowing you have a group awaiting your arrival adds accountability. Others running side-by-side with you also makes those miles go by just a little bit easier.

Even in an organization as large as CARA, I have found that what we offer, and what I receive, is more than a running group. CARA, and many running clubs, are a family affair. When you invest the time to become active in your running club you will find there is more there than running. Running clubs can provide a great sense of belonging and an environment where fellow runners care about more than each other’s personal best times. Long lasting friendships, support and a true community are often a running club’s greatest benefit.

Been There, Done That

When you join an established running club you are likely to be surrounded by club mates that offer a wealth of experience and expertise. Whether your local club has a coach or not, the membership of the club can often provide, as a collective, the same benefits of a coach. Serving as a sounding board for training and racing strategies, injury advice or which shoes to choose.

If you are looking to meet new people I will tell you that you have a better chance of forging a lasting friendship, or possibly a relationship, over six miles on Saturday morning, than through six beers on Friday night at your local bar. But then again, you may find your running group enjoys some bar time too!

Clubs that Race Together, Stay Together

Many growing running groups around Chicagoland know that, while group runs are meaningful, racing together as a club can be a great source of camaraderie. Tackling a new distance, exploring a new event, or better yet, competing on the CARA Runners’ Choice Circuit as a team, can provide you and your club a focus to keep the group training and running together.

If you have spent much time in an established running club, you likely know running clubs are about more than running. Runners are a loyal bunch, and also giving. Running clubs regularly spend time volunteering in the community, and running for charity. CARA runners gave over 40,000 volunteer hours together last year alone; nearly 1,000 CARA runners completed a marathon for a charity fundraising team. The common bond we share through running is often equal to the one we share for giving back to our communities.

If the mentioned intangibles were not enough, there are often many tangible benefits to a running club membership. It is about strength in numbers and many local races, venues and stores looking to attract the membership’s businesses provide club members with discounts and special offers. With typical running club memberships costing only $25 to $45, club dues can be quickly made up with a few discounts on race registrations and running gear.

Want to join a club but not sure which one? Check out our list of running, biking, swimming and triathlon clubs online at http://www.mychicagoathlete.com/resources-2/clubs/