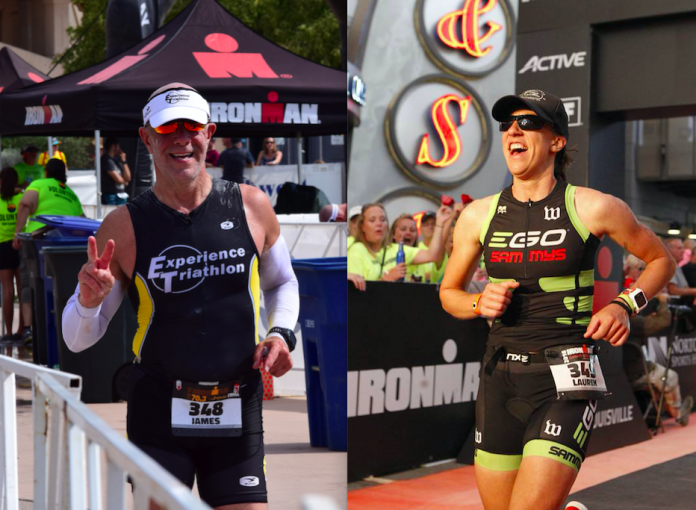 As a USAT Level 1 certified coach at Experience Triathlon, Jim Riga brings years of experience to help him teach his athletes. His athletic journey began with wrestling in high school and college, and eventually led him to find his passion in endurance sports. Specifically, Riga focuses on triathlon, and has been awarded the title of Ironman Wisconsin twice. He qualified for Boston in 2015 and the Circular Logic Marathon, and earned Bronze Ironman All World Athlete with his performances at Ironman Racine 70.3 and Ironman Madison. Also, this year at the Ironman 70.3 in Arizona, Riga placed second in his age group (60-64). “Coaching the sport of triathlon gives Jim the opportunity to lead a healthy lifestyle and give back some of what the sport has given him personally,” the ET website says of Riga. “His goal is to generate the same love for the sport in his athletes of all abilities that drives them to their personal goals, whatever they are, and reveling in those accomplishments.”

Lauren Matricardi has always been an athlete at heart, growing up playing different team sports. However, her true love of endurance sports began in college when she began running and continuously chasing PRs. With a positive attitude and thirst to try new things, Matricardi started cycling, and instantly fell in love with it. Soon after starting, she completed a century ride. At the same time, she joined an open water swim class “just for fun” which led her to try out the Chicago Super Sprint in 2012, and again, she fell in love. The next year, she did three triathlons, and despite her claim to not know what she was doing, she won a few age-group awards. Come 2015, Matricardi was a serious triathlete, who finished as sixth overall female at the Life Time Tri Chicago, and in 2016, she won her age group in a triathlon to qualify for Kona. Matricardi admits cycling is her favorite, and decided to dapple in cyclocross as a way to continue training in triathlon offseason.