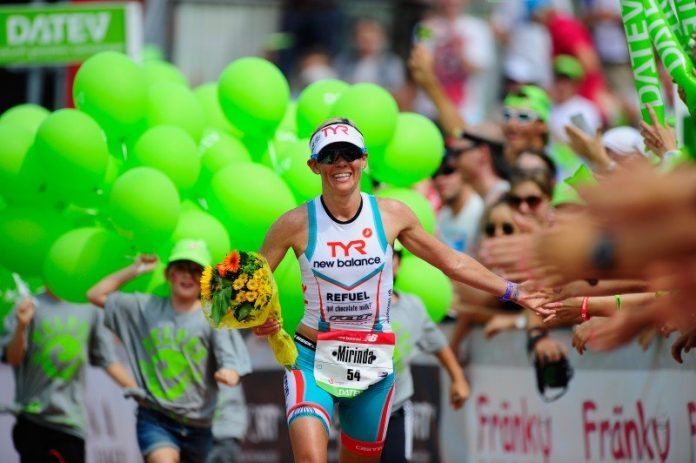 “I’m really excited to be a part of the all women’s running weekend in Naperville,” said Carfrae. “The race organization is top notch and I’m excited to share my experiences as a runner and world class triathlete with a new group athletes. Maybe I can inspire a new runner to try triathlon!”

The limited seating speaking engagement is free and open to the public, and will take place on the campus of North Central College at the Wentz Concert Hall beginning at 6:00p.m. on Friday, April 21. Carfrae will discuss her IRONMAN World Championship success as well as her 2013 course record marathon of 2:50.38, to follow with a Q & A, photo and autograph session.

“We could not be more excited to have Mirinda, a 3x IRONMAN World Champion, join us at the second annual Naperville Women’s Half Marathon & 5K,” said PEM President and Race Director Bill Burke. “She is the perfect female endurance athlete to kick off the weekend activities with 4,000 of her closest female friends. Her specialty is running down the competition at the close of the event, and no male or female competitor does it better.”

General registration for the Naperville Women’s Half Marathon & 5K held on April 23, 2017 is open at www.napervillewomenshalf.events.