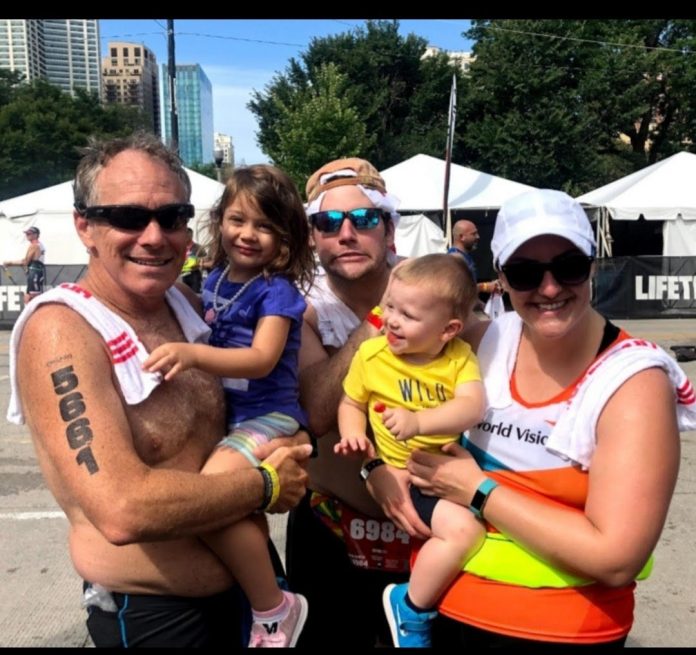 The annual Life Time Chicago Triathlon will return to the Windy City once again the weekend of August 27th-28th.  It was a great honor for me to speak with Jeffrey Sabbath, one of this year’s inspirational participants. Jeffrey has competed in every Chicago Triathlon since its inception – back in 1983.

Jeffrey is originally from Iowa, and later moved to Evergreen Park. He currently resides in Bolingbrook, Illinois. Jeffrey was a competitive high school swimmer, and also enjoyed running during his high school days.  During his Iowa State college days, he enjoyed participating in many running races.

In 1983, he traveled from Iowa to take a part in the inaugural Chicago Triathlon to challenge his fitness. Ever since, he has claimed this event as his “end of summer fitness celebration”. 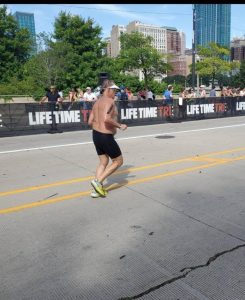 Many triathletes proudly show off their medals at the end of the race today, but back in 1983, there was no medals.  Jeffrey said it was all for his “self-satisfaction.”

Jeffrey successfully manages his career, family and triathlon training.  He said it was much harder to juggle them all especially when his children were little.  Often, he had to train before the sun came out.  His Sunday brick training begins very early in the morning so he does not miss his church service with his family.

All of Jeffrey’s children have completed a triathlon. Some have completed the Chicago Triathlon with Jeffrey. The Sabbath family also had a three-generation relay with Jeffrey’s mom, daughter, and Jeffrey himself.  Jeffrey took part in swimming leg and then headed back to participate in an individual triathlon immediately after.

Jeffrey’s advice for the first-time triathlete is to experience open water swim prior to the actual race day.  Getting used to swimming in open water is a privilege and Lake Michigan is a beautiful place to practice that.

His best advice that sticks with me is “enjoy each process of training” and “better to be 20 % under trained than 1% over trained”.  Jeffrey also focuses on maintenance.  He will never neglect being kind to his body through stretching or massages. He believes an individual’s “motor,” or body, is the most important part of a triathlon, rather than an expensive bike, running shoes, or a wetsuit. 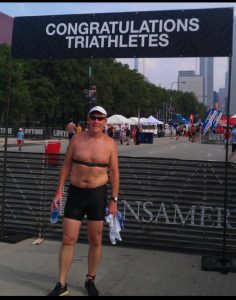 Jeffrey has no plans of retiring from the Triathlon event anytime soon. He says, “I will continue to join the end of summer fitness celebration as long as my body allows.”