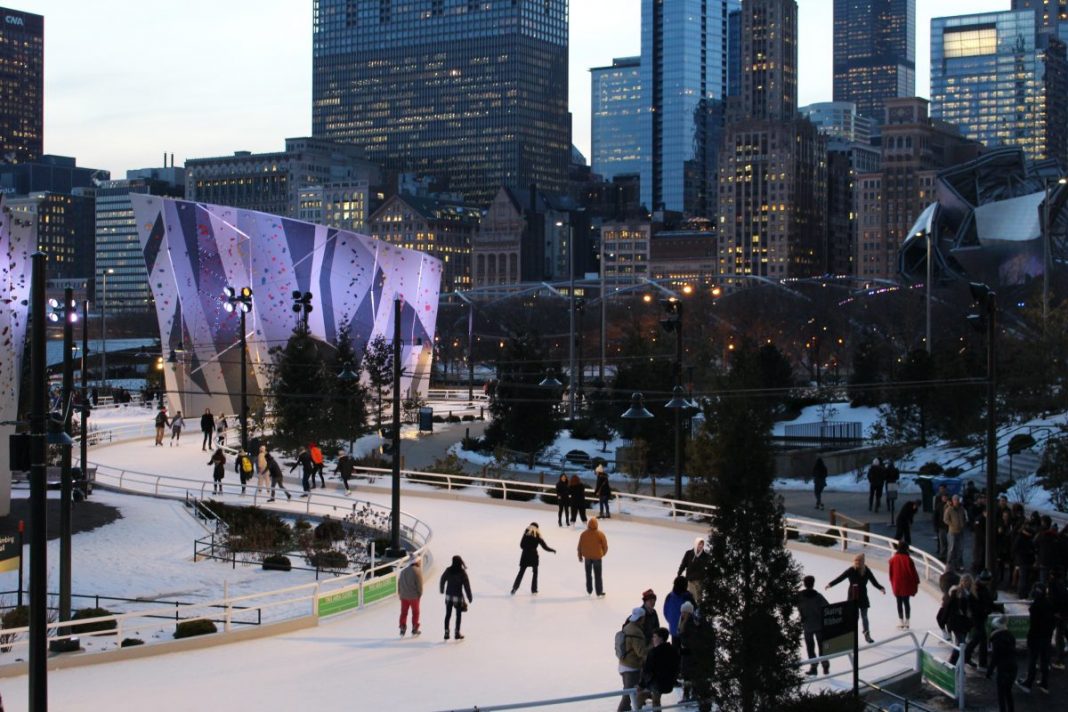 For nearly nine months out of the year, athletes are rigorously training to get that PR, accomplish a new distance or get in better shape. While the winter may be frustrating because you’re almost forced to take time off or switch up your routine, it’s actually a blessing in disguise.

Taking a break is good for your body because variety is important, and because there’s not much training flexibility during the season, off-season is a great chance to play around, says Robin Lalonde, Nike+ Run Club coach.

“You can either sit on the couch and watch Netflix or you can try something different,” Lalonde says. “Reducing volume is great, but one of my jobs is to get people to train year round. A great summer season is made in the winter.”

Winter is also a great time to focus on an injury to ensure proper recovery. Lalonde says it’s important to gure out why and how it happened, and focus on strengthening that part of the body.

She advises taking classes that focus on your weaknesses, such as high-intensity strength classes to build up important muscle groups. Plus, these classes are often shorter, so it’s possible to fit a quality workout in a crazy schedule.

Lalonde also stresses the importance of working in a group; when motivation is low, which it often can be during the colder months, having a partner or group makes you much more accountable and less likely to back out.

For those who are brave enough to face the outdoors, Lalonde applauds you, as she says there is no substitute for outdoor training.

“There’s some big advantages to being outside in the winter; you burn more calories, it’s good for your heart to distribute blood, you get more Vitamin D and more,” she adds. “People who car-ry it through the winter, no matter what kind of exercise it is, are stronger.”

Exercising outside is also a huge mood boost, and because your body has to work harder in the winter, your endorphins are elevated even more. Additionally, you work different muscles than you use by pavement running, which ultimately helps prevent injuries.

Are you now convinced to stay active this winter, but don’t know where to start? We’ve compiled a list of places to find various activities around the Chicagoland area, so take your pick.

Skiing is the ultimate workout for endurance athletes because it focuses on all the muscle groups we use the most; keeping balance on the skis works the core and improves coordination, the crouching motion works the thighs, hamstrings and buttock, and gripping the poles tones the arms. Skiiers can burn up to 3,000 calories in six hours, according to an article by Daily Mail, and it boosts immunity and improves your cardiovascular system.

Even though Chicago may be mostly flat, there are quite a few hills within driving distance to get a ski workout in. Or, if even the bunny hill scares you, try tubbing, sledding or snowboarding, which can be substituted for cardio workouts by repeatedly carrying equipment up the hill.

Not only is ice skating a fun and magical winter activity, but it has more benefits than many may realize. According to fitness trainer Samir Becic, ice skating improves balance and is said to be better than cycling and running for joint exibility. Becic says it’s also a great cardio and endurance workout, and tones all of the leg muscles while burning 300 to 650 calories an hour.

“The fresh air and sunshine in outdoor ice skating, as well as the company of family and friends, greatly help in unwinding from a long week of work and stress,” Becic says in a Health Fitness Revolution article. “Ice skating is one of the most fun ways to exercise, especially if you skate outdoors where you can soak up the scenery and enjoy nature.”

Do people actually sweep ice other than in the Winter Olympics? Yes, they do! In fact, there are two main clubs in Illinois and several in Wisconsin that offer classes to beginners and more advanced athletes.

Olympians make it look a lot easier than it really is; the stone that is being swept across the ice weights 42 to 44 pounds, and at the other end of the court, players have to perform a wide lunge to capture it. In order to be physically fit for the game, you have to have a strong core, leg power and good balance.

“That lunge, the slide — that really takes flexibility and balance, stamina and strength. But the real trick is recovering after sweeping in order to throw that stone,” Ann Swisshelm from 2014 U.S. Olympic Curling Team says in a Cut article. “That is without a doubt the most physically grueling component of the game. You’re torqueing yourself sideways, you’re shuffling up and down the ice at varying rates of speed. You do it over and over and over again, and it can be pretty exhausting.”

For those looking for the ultimate full-body workout, look no further than indoor rock climbing; according to extreme climber Seth Lytton of trainingbeta.com, every muscle in your arms, most of your legs and your core are all activated when making the climb.

Ascending walls definitely gets your heart rate up, like climbing stairs or jogging does, the Huffington Post says. A one-hour climb can burn over 700 calories! The sport also improves flexibility, boosts brain function and reduces stress.

If you are injured, or totally drained from the season and need some serious off-time, use it as an opportunity to be involved on the other side of the endurance world! Races happen all year long, and organizers are always looking for people to help out at the events. Or, simply go watch a race, as those who are running in the cold will definitely appreciate the support.

One of Lalonde’s biggest pet peeves is when fall marathoners hit the brakes as soon as the season ends; although she is a firm believer in taking some time off in the winter, races like the F3 Half Marathon and Chicago Polar Dash are available for those addicted to the competitive rush. Just be sure to give yourself some time off before training hard again in the summer.