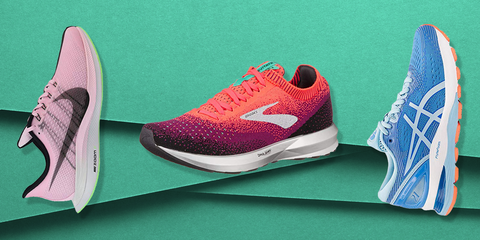 Let’s face it: marathon preparation is far more difficult than most people realize. Whether you’re a beginner or an experienced athlete, you must develop an individualized training plan—one that suits your unique goals, strengths and weaknesses—and ensure you maintain it for months at a time on a near daily basis. Not to mention, you should also consider hiring a coach; this coach must understand your personality and connect with you in a way that leads you to achieve more than you ever imagined.

At the same time, nutrition and hydration are critical aspects of preparation as well. Many marathoners, in fact, will meet with dieticians to determine their proper caloric intakes during training (and break) periods, as well as the Chicago Marathon itself. A proper method of hydration must also be determined well in advance of race day. And, of equal importance, marathoners should also focus on their mentality, to the point in which they even meet with mental coaches and psychologists regularly.

However, due to all of the “noise” of marathon preparation, another key aspect is typically overlooked, unfortunately: gear. Shoes, socks, clothes, body glides, headphones, watches, you name it—most marathoners simply don’t focus on these particulars nearly enough. Consequently, their performances on race day may diminish considerably.

To help prevent you from making the same mistake, Chicago Athlete Magazine spoke to the following Chicagoland marathon coaches and experts. With years of firsthand experience, these coaches and experts understand the utter importance of gear, how you can maximize the benefits of it and, in turn, perform better than you could’ve ever imagined.

Melody Karpinski, community manager at McMillan Running, believes the general rule of thumb (which many marathoners tend to ignore) is to replace shoes every 300 to 500 miles. In fact, she compares shoes to tires; they’re only good for so many miles before they become bald.

“Even the most experienced marathoners have been guilty of showing up on race day with ‘bald tires.’ And if you’re going for a personal record, there’s no guarantee your shoes might not suddenly decide to blow out during the marathon,” she stresses. “By replacing your shoes four weeks or so out, you’ll have enough time to break them in prior to race day. You’ll also limit the miles you put on them ahead of time, which allows the cushioning to remain uncompromised.”

Brendan Cournane, owner and head coach at Coach Brendan Running, LLC, agrees that the average expected lifespan of running shoes ranges from 300 to 500 miles. He believes the main component of protection for runners is a shoe’s midsole, which provides maximum cushioning whenever runners’ feet land on the ground. Once the midsole is compromised, the odds of shock to the body, along with injuries as a whole, increase substantially.

“Marathoners usually notice the effects of the increased shock through ankle, hip and knee discomfort, as joints bear the most shock absorption,” he explains. “Many runners who buy shoes at the beginning of training will be at (or close to) the end of the shoes’ expected life by August or September.”

If shoes are properly fitted for marathoners, Cournane doesn’t think they need a period of “breaking in.” However, most marathoners tend to prefer using the shoes enough to ensure they fit properly and won’t cause blisters, which are generally caused by manufacturing flaws. To provide marathoners sufficient time to use their shoes, so that they’re confident they fit appropriately and won’t lead to blisters, Cournane advises 50 to 100 miles of usage.

“By the time the marathon occurs, marathoners will have enough miles on the shoes to feel comfortable running long distances, yet not too many miles that would indicate the midsole is breaking down,” he says. “A happy compromise is necessary.”

He continues, “The type of shoe is important too since lighter weight shoes (like racing flats) or shoeless running products, such as Vibram, have shorter expected useful lives, and the timelines are inevitably shorter. If marathoners are running in these shoes, fewer miles are encouraged before race day.”

The physical and mental benefits of “the switch”

The bottom line is this: if marathoners only have one pair of shoes and don’t replace them at the proper time, they’ll definitely compress, as all cushioning blends (normally variations of EVA foam) eventually break down. Depending on marathoners’ gait cycles, certain parts of their shoes will wear out faster than others. By changing out their shoes before breakdowns occur, marathoners can ensure their shoes are broken down less unevenly.

“Your body will often start talking to you towards the end of a shoe’s life,” Karpinski remarks. “But many marathoners ignore this, or they’ll blame their issues on something entirely different.”

“The excess movement can contribute to iliotibial band soreness, hip flexor issues or other leg issues,” he states. “New shoes will avoid or minimize these changes in footstrike.”

Aside from the potential physical benefits of replacing your shoes with new ones roughly a month before the marathon, Seth Kopf, owner and running coach, Kopf Running, believes the impact that the switch may have on your mind shouldn’t be overlooked either. He thinks that purchasing new shoes, especially after running hundreds of miles in preparation for race day, helps marathoners “feel ready to go at the start line” as their shoes “feel good, are responsive and look good.”

“Buying that final pair of shoes before race day also signifies that race day is near and that your training will soon pay off,” he says.

“New shoes definitely give marathoners a mental boost, as well as some confidence, knowing they have a fresher tool on their feet to help them on race day,” Dave Zimmer, owner and CEO, Fleet Feet – Chicagoland, adds. “There’s simply an ‘ah ha’ moment that automatically improves marathoners’ mental performance.”

“My training mantra is ‘good form will carry you through.’ And that form will help marathoners of all experience levels maximize the benefits of their shoes,” he explains.

“Once race day arrives, the hard part is out of the way. Hard work and determination earned you the marathon start and finish lines,” Kopf adds. “Be confident in your preparations, including your shoes, and celebrate your hard work, as you race through one of the world’s greatest cities.”

Don’t forget your other gear

Although the significance of shoes can’t be stated enough, it’s important to not focus solely on this purchase without thinking about all of the other gear that’s necessary for peak performance. In particular, consider the following items as you prepare for the last weeks of training, as well as race day.

Body glide. Lori McGee Koch, head running coach at Chicago Endurance Sports, believes a body glide is necessary, as chafing is not only painful—it can also be uncomfortable enough that marathoners simply can’t perform to the best of their abilities. Likewise, marathoners should use these body glides while they train too, so that they’ll be fully prepared to use them on race day.

Clothing. Clothing will, of course, vary on the weather, from short-sleeved tops and shorts, to long-sleeved tops and running tights. But Kopf thinks it’s vital for clothes to be comprised of technical fabric that pulls moisture away from the skin, prevents chafing, increases breathability and improves marathoners’ overall comfort.

Furthermore, marathoners must also bring layers with them, as they can easily remove whichever layers they don’t need (and even donate them to clothing zones during the Chicago Marathon).

“It’s important to dress as if the air temperature is 10 to 15 degrees warmer, as your core body temperature will rise once you start running,” Kopf says.

To fully prepare for wearing layers on race day, marathoners should train with a variety of clothes ahead of time, so that they know what is (or isn’t) comfortable for them.

“Training is the time to find out what you like, so that there’s no guessing on race day,” he adds. “It’s such a relief to know what you can and will wear in the race beforehand, especially as the anticipation of the marathon mounts.”

Additionally, Michael Lucchesi, head coach and founder of Second City Track Club, recommends marathoners to bring cheap toss away clothes to the corral and wear their race clothes underneath, particularly during adverse weather conditions; a couple minutes before the marathon begins, they can remove these clothes.

“It’s also important to wear what you’re comfortable with, and to train in what you’ll race in,” he states. “Be you and do what’s comfortable for you. I can’t stress that enough.”

GPS technology. “Due to their affordability, GPS watches are easier to own than ever before,” says Joel Feinberg, owner of Universal Sole Running Events.

Karpinski advises marathoners to either purchase a Garmin watch or Strava technology for their phones (or both), in particular.

Hats and sunglasses. As obvious as it sounds, hats and sunglasses will keep you cooler if temperatures are higher than normal on race day, according to Feinberg. In addition, they’ll protect you from the elements: cold, crisp air, bright sunlight, rain and even early season snow. Yet, they’re often forgotten by many marathoners.

“Have you ever tried running with the sun blaring on you, blinding you every step of the race? Not fun, right?” Kopf asks. “Adding a running hat and sunglasses to top off your race day look is a solid strategic move!”

Karpinski also thinks marathoners should consider investing in running headphones like AfterShokz and Plantronics, as they’re ideal for long distances and have Bluetooth technology, along with various safety features.

Hydration belts. Although most marathons, including the Bank of America Chicago Marathon, has great aid support, there’s nothing wrong with preparing for the rare chance that fluid stations could run out of your hydration and nutrition needs. With this in mind, Karpinski recommends that you pack your own hydration belt to ensure your unique needs are met from the starting line to the finish line.

Cournane also believes it’s important for marathoners to train with hydration belts. In doing so, they’ll increase their comfort levels on race day, as they’ll fully understand their drinking rhythms ahead of time. After all, some marathoners have rhythms that may be disrupted if they only drink at fluid stations during the marathon.

Zimmer adds that socks should have a polyester blend or a lighter merino that pulls moisture away from feet, a sentiment that Kopf agrees with.

“Nothing will cause blisters faster than cotton socks,” he stresses. “Skip the cotton and opt for brands made from technical fabrics like Bombas, Balega, Feetures and Smartwool, to name a few.”

Timing systems with heart rate monitors.Although timing systems aren’t as necessary as other types of gear, according to McGee Koch, they’re particularly useful during training periods.

“Knowing your pace, and how your heart rate works with that pace, makes an enormous difference during training,” she says. “They’ll especially help you avoid efforts that are too overzealous and can take longer to recover from—or, even worse, prevent you from participating in the marathon. For utmost success, remember: always train and race at your pace.”