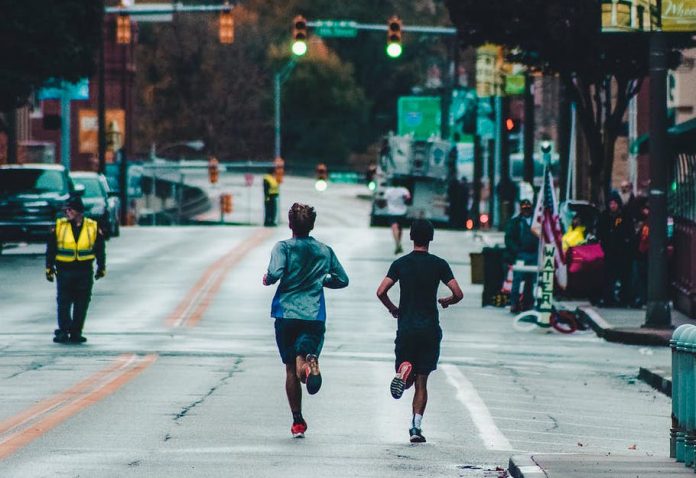 So, you want to host a race? Where at? What distance? What time of year? All of these are the first and most important questions to ask yourself when you begin planning an event.

While many race directors may be intimidated at the thought of having to construct an entire race route from start to finish, MaryAgnes Zellmer from Chicago Race Management assures that it’s not as complicated as it seems.

“Ten years ago, it was a whole new industry, and some cities had never held a race,” Zellmer says. “Now, I’ve never come across one that hasn’t. They know what to expect.”

There is a lot to consider when planning an event, and while the participants are the priority, Peter Starykowicz, owner of All Community Events, says keeping in mind others who will be effected by the event is crucial.

“A city’s first priority is always their citizens, so whenever we’re trying to propose a course, we look at how it’s going to be great for the participants as well as the citizens,” Starykowicz explains. “We want to make sure we’re not blocking churches, or looping around a neighborhood where there’s no way out for residents. Community impact is key.”

Starykowicz also encourages directors add some diversity to their race route; for longer distances especially, keeping the participants interested and challenged is what will make them want to come back next year.

“The Bolingbrook Half marathon is one of our best courses because we go through commercial areas, residential areas, parks and everything in between so the runner really gets a tour of the town,” Starykowicz adds. “They get diversity on the trail as there’s always something new being presented.”

Accessibility is another important factor to consider when planning your event. Joel Feinberg from Universal Sole says many of their events take place on the lakefront path because it allows for minimal street closures, and has ample space for parking and other facilities.

For his trail events, difficulty and distance are even more important, as trail races offer a totally different challenge to begin with. While Starykowicz says that both hilly and flat races are appealing for different reasons, it’s crucial to determine the type of race you’ll advertise early on.

Zellmer suggests finding a running store or club in the area the event will be held, and asking them to run the race route and give you feedback.

“You’ll be amazed at how different a map is to the actual route,” she explains. “I actually had a client recently who wanted to change their route, so I sent out groups a few weeks ago and I got really interesting perspectives; they told me about a big incline and a potential muddy area, especially if its rainy, something we wouldn’t have known.”

As a runner himself, Feinberg will run the routes too, just so he is really familiar with the race route and can see first-hand any potential complications.

“I also have my Garmin tracking the route with mileage, and then download the course and see the route on the satellite view as well,” he explains.

Once you have a basic route drawn up, it’s time to present it to the town or city it’s taking place in. Every town is different, and who needs to be involved might depend on if it’s in a forest preserve, crosses county lines, or goes through the park district. Make some phone calls, and figure out what that town’s process is, then set up a meeting to propose your plan.

Zellmer also encourages contacting USA Track & Field [USATF] certifiers in the area and giving them a heads up of the race route. Often times, they can create a rough draft map for you to bring to the town, and then whether it’s approved or changes are needed, it will be easier to move forward.

When it comes to construction or other complications that may arise in the area, Zellmer says you have to be persistent.

In terms of beginning the entire application and approval process, Zellmer says it should be done at least six months out.

“I actually recommend a year in advance if you want to start a race, but definitely at least six months,” she adds. “You can’t really get it all together and advertise your race to the public in less than six months.”

Feinberg recommends having a couple of backup routes when initially proposing your plan to the town, in case it doesn’t get approved. This will allow for a smoother transition, and avoid having to start from scratch.

You received the town’s approval, have announced it to the public, and opened up registration, but now you need to cover your butt and ensure participants will get what they registered for. Just because your fitness tracker or web tool says the race route is the exact distance, there are often fluctuations that maps don’t pick up, so having it officially measured and certified is essential.

Winston Rasmussen is an official USATF certifier and course measurer in the Chicagoland area, and has been for nearly 18 years. He’s measured over 500 courses, so he’s got the process down to a science.

When working with a race director, Rasmussen says he willrecreate the course using an online mapping tool, confirm that the RD has the appropriate approvals from local officials, and then set up a time to measure the entire course. In order to do this, Rasmussen uses a Jones Counter, that mounts on the front axel of his bicycle. The digital counter records distance in increments of about three inches.

Once the bike is calibrated for the course and distance, Rasmussen will ride the entire race route marking different mile points and turnarounds, until two good measurements agree within a tight factor. A post-calibration of the bike is required to make sure they agree and that nothing has changed. Even a slight loss of tire pressure would invalidate the measurement, and require starting over.

“We measure the shortest possible route that a runner can run. That means riding a straight line from corner to corner, and within 12 inches of any turn point,” Rasmussen explains. “The best time to measure is on a cloudy day with minimal temperature change and calm winds. Significant temperature changes and high winds increase the chance of the measurements varying in length, which would invalidate the measurement.”

After two precise measurements are acquired, an official map is created, and an application is submitted to a USATF Certifier. You should allow a week to 10 days to receive your certificate.

“Some high-profile events will retain measurers on site on race day to ensure the course is setup correctly and are available to remeasure a segment if there is an emergency detour,” Rasmussen adds.

If you do run into a problem that requires a last-minute change in the course, Zellmer assures race directors to not worry, as most runners are adaptable and reasonable.

“Be upfront with them, most runners are okay with it then,” she says. “Just get out there as early as possible and make the changes very clear.”