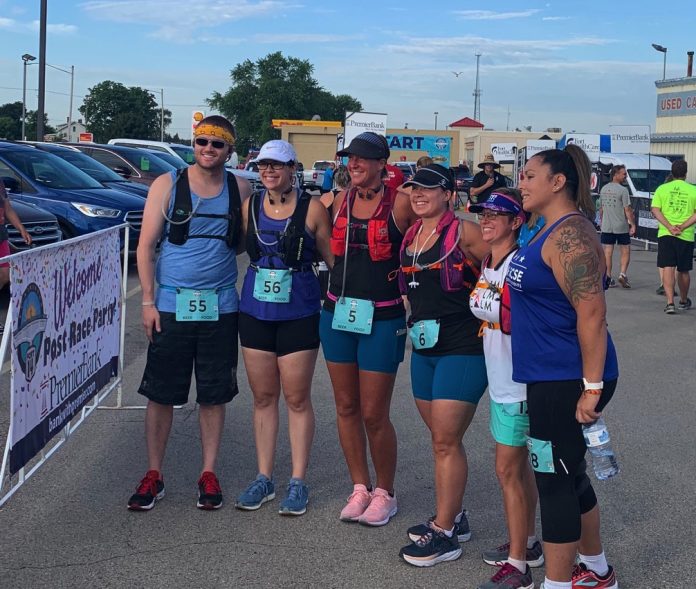 Fort 14 took place on Saturday, August 3 in Fort Atkinson, Wisconsin, about two hours north of Chicago. The unique distance of this 14-mile road race allowed many runners to PR, especially on the cooler summer morning this past Saturday.

The race offered a 5K or 14-mile race distance with staggered start times. One of the chief sponsors was Griffin Ford, so the start and finish line were appropriately placed in the car dealership parking lot. Anyone who was in the market for a new or used vehicle could multi-task and do a little car shopping while we waited for race start.

The weather was ideal with start time temps in the lower 70’s and clear skies. The course was a circular pattern that took runners through the town of Fort Atkinson, past several farms, and through a lot of rural cornfield-laden areas.

For city peeps, this race took us out of our normal running elements and allowed us to enjoy the Midwest in its rural form. The course was well stocked with aid stations and helpful volunteers. It was clearly marked with orange cones throughout. Most of the course was on the road, which was open to traffic, but there were very few cars to deal with on race morning.