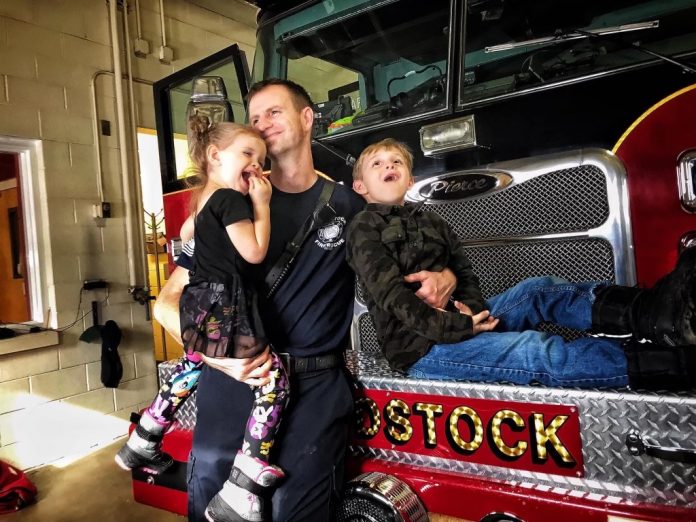 There are multitude of reasons why people lace up their shoes every day. For retired firefighter Ryan Mains, the reason he runs has changed drastically over the years.

In 2016, Ryan was diagnosed with PTSD. It was a diagnosis he didn’t accept. After enlisting in the Army in 1999, being apart of the initial invasion of Iraq in March of 2003, and 14 years of serving the Woodstock Fire Department, some may not argue that diagnosis. But Ryan did. He went back to work, day after day, fighting a silent battle daily. It wasn’t until the Spring of 2019 when his wife Danielle reached out for help in the midst of Ryan’s darkest hour that he was willing to accept that he needed help, and fast.

But Ryan was just doing what many other Firefighters do on a regular basis. They get up and serve their community, dust themselves off, and get back to work. The topic of mental health was, and still is, extremely taboo. Asking for help and talking about deeply harbored emotions isn’t something that typically happens at a fire station during meal time. It took Ryan 3 years to accept that his irritability, anger towards his friends & family, and the constant cloud of fear going into his next work shift might actually have something to do with that PTSD diagnosis back in 2016. In early 2019, Ryan was barely getting out of bed, called in sick for multiple work shifts, and was the reason his family walked on eggshells around the house. It was at that time his wife Danielle contacted the Illinois Firefighter Peer Support and Ryan went to the IAFF Center of Excellence in Maryland for inpatient care. 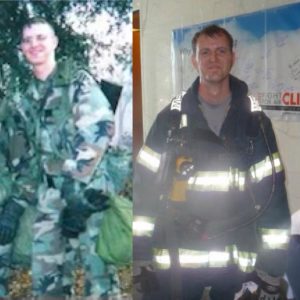 He returned home in April of 2019 and was convinced he was “fixed.” That was far from the truth, Ryan was anything but fixed. He specially chose to seek treatment outside of the local community because of how embarrassed and ashamed he was that this was his reality. He didn’t want people talking behind his back. He didn’t want rumors and whispers. He wanted to be healed, and fast. He wanted to get back to what he loved to do. But at the end of the day, Ryan learned that many of his peers also struggled with similar issues. From April to October of 2019, Ryan continued the roller coaster of emotions day in and out and he did everything he could to convince himself he was “OK” to be working. October 5th, 2019 was Ryan’s last shift at the Woodstock Fire Department. 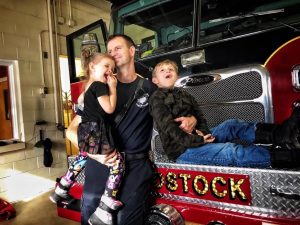 It was then that Ryan immediately decided to seek outpatient care at Alexian Brothers within a week of his last shift. By early November, he had decided to apply for disability pension. Knowing this process could take months or more, his coworkers donated their vacation time to Ryan so that he could continue to stay on the payroll and support his family. His coworkers donated 5+ months of vacation time, something Ryan explains, “Can never be paid back. I am forever indebted to them and their generosity.”

But… what does this have to do with running? Ryan has been a runner most of his adult life. He ran in the Army because he had no choice. He even used the word “hate” to describe his feelings towards the sport at the time. After leaving the Army and enrolling in Firefighter/Paramedic school, Ryan ran to stay in shape. He learned to enjoy it a little more and hate it a little less. But if you asked him 10 years ago why he ran, he wouldn’t have had an answer for you. Fast forward to present day and his answer is much different. “Running gives me time to decompress, to be present in the current moment, and I pretty much solve the world’s problems during every long run,” Ryan explains. 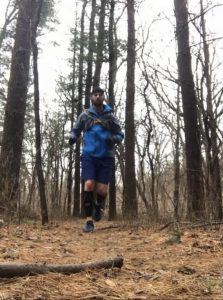 Back in the day, entering a 5k or a 10k wouldn’t be out of the norm for him. These days, anything less than a marathon isn’t of interest to Ryan. He lives for the time he spends on the trails, logging miles and putting one foot in front of the other. His service dog, Montana, joins him if he ever decides to do a quick jaunt of 3 miles or less.

In the Summer of 2019, Ryan met with Denise Smith of Smith Physical Therapy and Running Academy and presented his thoughts to her. He wanted to find a way to give back to the Illinois Firefighter Peer Support program that gave him his life back. Together, they came up with Run for Our Lives, a virtual program for the public but a very in person event for Ryan himself. On the day of the event, May 22nd, 2021, Ryan will run a kilometer for every firefighter paramedic that died of suicide the year prior. In 2020, he ran 130km to honor and create awareness for all firefighters that died in 2019 from suicide.  Those who were apart of the virtual program had approximately 3 months to complete the distance and log their miles. Ryan covered the distance on foot in less than a day.

The virtual event was more successful than they could have hoped for, raising over 16 thousand dollars.

And at the end of the day, the end goal is to create awareness for those who are struggling. Ryan wants to run less and less each year. If he can do that, he knows his efforts are working. The event takes place this Saturday, May 22nd. Ryan will run 115km starting at midnight. He will start from his hometown of Woodstock, IL and follow the Illinois Prairie Path all the way to St. Charles. He has an amazing team behind him to support him along the way. He has aid stations setup every 5 miles throughout the entire day and night, manned by volunteers. His wife, Danielle, will be waiting for him at every aid station along the way, ready to offer any support he will need. Physical Therapists Denise Smith and Abby Schenk of Smith Physical Therapy & Running Academy will also be on the course, ready to work on him as needed. Ryan has also organized pacers to run with him throughout the event, to help keep him on track and his mind focused.

The entire journey has been anything but easy for the Mains family. His wife has been his biggest support, picking him up when he was at his lowest, and doing everything she could to keep the household running on a daily basis. The kids are very aware that Dad doesn’t work so he can practice everything he learned at “calm down school,” the term his son Jude coined when Ryan entered outpatient care at Alexian Brothers. They understand that Dad is spending more time running so he can help other firefighters that need to “calm down.” Confident that the family on the other side, they’re ready to end the stigma and make it easier for first responders to find help if they need it.

“Accepting that you need help is difficult, but it’s freeing when you can do it. Learning to be truly vulnerable is hard but so worth it,” Ryan says. 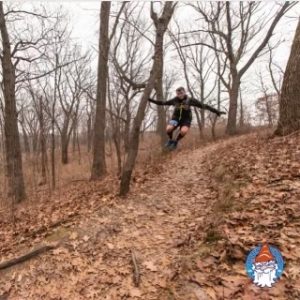 If you or anyone you know is in need, please reach out to the Illinois Firefighter Peer Support website here. If you are willing and able, Run for Our Lives is accepting donations and you can do so here.