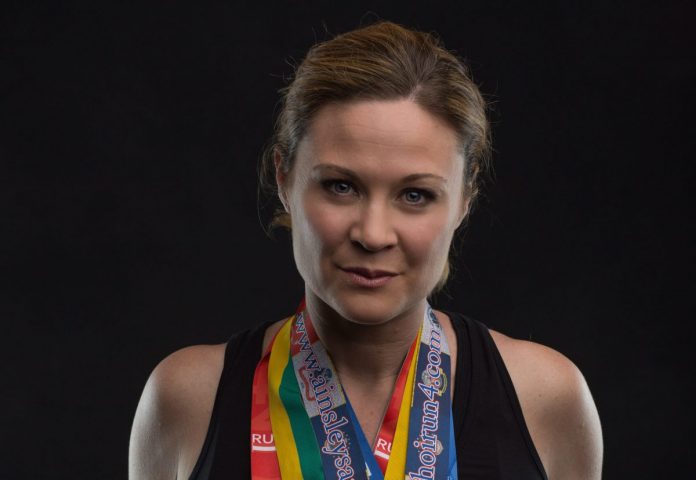 Growing up with the mindset that running was a “sports punishment,” Caley Doran didn’t stray from soccer and swimming until her college roommate began training for a marathon. Eighteen marathons later, Doran not only runs as a way to relax herself, but to raise money for her son and others with epilepsy.

In fall 2015, Doran’s 2-year-old son Raymond was diagnosed with epilepsy, a disorder in which nerve cell activity in the brain is disturbed causing seizures. Not knowing much about the condition, Doran did a lot of research, and stumbled upon Team Danny Did, a foundation that raises awareness for people with epilepsy by participating in several fitness events around the country. Immediately, Doran felt a connection to the organization and wanted to get involved.

“Team Danny Did took over me … everything they’re involved in just really captured me,” she said. “They provided a lot of excellent resources that taught us and guided us during an overwhelming time.”

Because TDD helped her so much in the beginning stages of Raymond’s seizures, Doran wanted to do the same for others; in March, she attended the group’s St. Patrick’s Day event, and met the leader of TDD, Tom Stanton. There, she learned about the foundation’s involvement in the Bank of America Chicago Marathon.

For the last six years, TDD has recruited runners from all over the country to represent its organization in the Bank of America Chicago Marathon. Each runner is expected to raise at least $1,000 to go towards its cause.

This year, a Team Danny Did Cheer Station will be held at mile 13.5 to motivate their team members and other runners.

“I’ve run the Chicago Marathon before, so I don’t have the desire to do it again, but the group motivates me to do it,” Doran explained. “I feel like I have to help spread the awareness.”

Aside from coordinating a group to run in the Bank of America Chicago Marathon, TDD hosts several events throughout the year. Doran is on the donation and sponsor committee of the Hearts and Hugs Gala, the foundation’s large annual fundraiser. The seventh annual gala will take place on Oct. 29 at Germania Place on North Avenue, and will raise money to help those with epilepsy with an auction and comedian.

Doran says Raymond is on medicine, goes for regular EEGs and is doing well; but, there is still abnormal activity, and because he’s so young, he doesn’t know what’s going on.

TDD was founded by Mike and Mariann Stanton, parents of Danny Stanton, who began having seizures at age 2, and died at age 4, according to the foundation website. Unfortunately, Danny was never diagnosed with epilepsy, so Mike and Mariann were unaware of the severity of the condition, and Danny was not properly treated. As a result, the couple wanted to raise awareness and ensure other children with the disorder do receive proper treatment.

Doran thinks of this story every time she looks at her wrist and sees “TDD” on her bracelet.

“It’s a motivation that gets you out the door, and forces you to realize there’s more powerful things,” she said. “All I have to do is go for a run, and I can do that to make someone else’s life better. By running I can help someone afford something they need with a donation.”