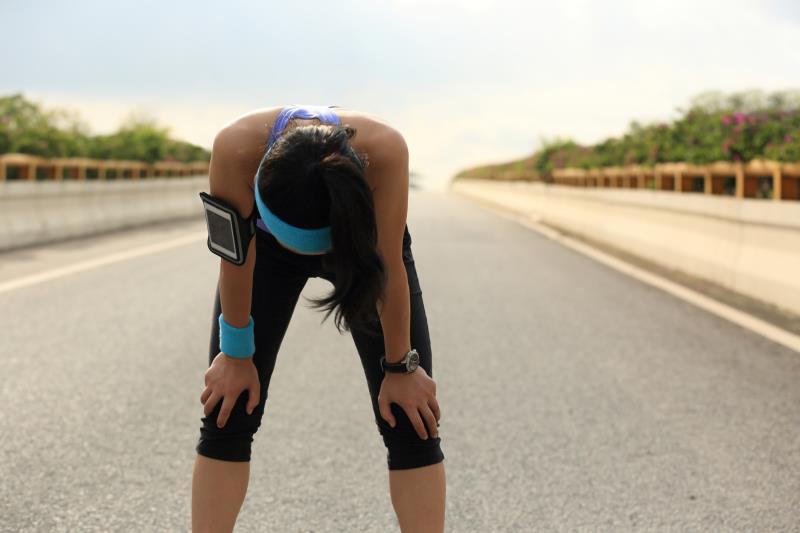 Training for long distance running requires the runner to rest and recuperate following such a draining ordeal.  The problem is that some long distance runners are not aware of the consequences of such an undertaking, and fail to heed this warning and continue to pursue their training and racing to their demise.  Thus, the most difficult part of any long distance runner is to admit that overtraining is a part of his/her regimen.

Keeping up with ultra-distance running news these days demonstrates the fact that even elite runners in this division have suffered from overtraining leading to either quitting or laying off from training for extended periods of time.  What’s important here is that while this may happen to some elite runners in ultra-distance running it could have even greater effects on the middle of the pact and further back runners.

While overtraining may be difficult to detect, it does happen more often in distance running than in most other sports.  Focusing on rest and recuperation is crucial to recovering from both training and racing.

Supporting this contention is a recent research study appearing in the European Journal of Applied Physiology  (2016) which found that participation in intense endurance activity causes an increase in cortisol and a decrease in testosterone thus disturbing homeostasis of these two hormones in the body.  The previous research reports that it takes a minimum of 48-72 hours for these two hormones to return to resting levels following such intense activity.  Returning these hormones to resting levels is essential for a runner to perform at his optimal level.   Disturbances in these two hormones will cause future decrements not only in running performance, but will also have negative effects on regular life events.

Cortisol is a hormone released by the adrenal glands during stress, anxiety or extended physical activity.  It regulates carbohydrate metabolism and maintains blood pressure.  While it is a necessary hormone in the body, too much of it can lead to problems.  Some of those problems are an increased production of fat in the belly, a compromised immune system, and the breakdown of muscle tissue.

Unfortunately, some of the many runners who participate in ultra-distance running experience this increase in cortisol following a race. If the runner continues to experience this increase over an extending period of time it will have adverse effects on training sessions and racing times.  Sleep, appetite, and energy will also be affected.  Weakening of immune system could also come into play causing further problems and delaying getting back to a regular training and racing schedule.

Furthermore, besides cortisol having negative effects on the body, testosterone may decrease with long endurance runs, especially if the runner is overtraining.  Testosterone functions as the main sex hormone in the body of males and is critical in the construction of muscle tissue.   Along with these functions it maintains bone structure and most importantly elevates red blood cell count.  Thus two of the most important functions of testosterone in the long distance runner are building lean muscle tissue and red blood cells for delivering oxygen to the muscles for sustained activity.  Some signs of low testosterone from overtraining are performance declines, sexual problems, sleep problems and mood alterations.

It seems as though some runners have a higher threshold for reaching overtraining without causing an increase in cortisol secretions and a decrease in testosterone.  Be that as it may, for most runner’s the best advice is to stay abreast of the latest research on overtraining, monitor the body during training and racing, plan workout sessions according to physiological and psychological feelings, and make sure amble rest and recuperation periods are allotted following each training and racing session.