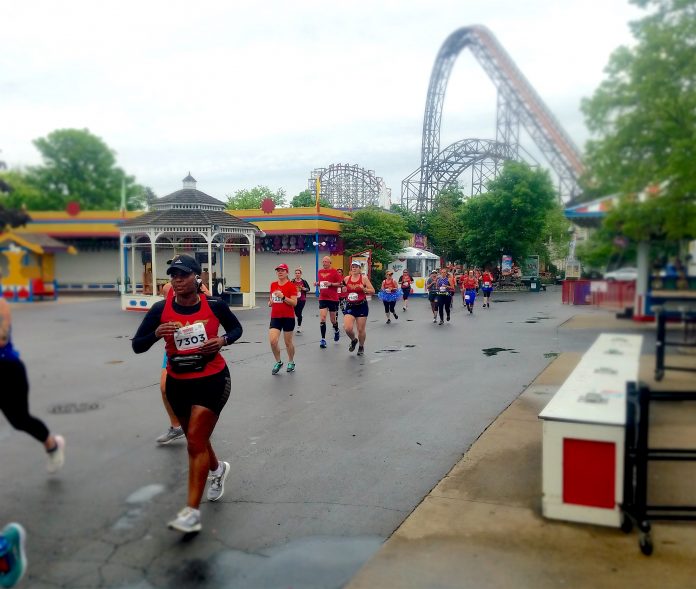 Sunday morning, 3,350 athletes dressed in red, white blue and gold arrived at Gurnee Mills before any store had opened to take part in the inaugural DC Wonder Woman Run Series. The series included a 5k, 10k or Half Marathon.  Perhaps not surprisingly, nearly 3,000 participants of this themed event were women looking to challenge their inner superhero!

As 5k athletes were bussed to Six Flags Great America for their event, 10k and Half Marathon participants made their way to the start line.  My own athlete “alter ego” cover was revealed when some teachers recognized me from an “edtech” conference I present at annually. We chatted a bit and settled into a race mindset.  After a quick tutorial on how to strike a Wonder Woman pose and a pre-recorded message from Lynda Carter, we were off.

The first mile of road was prepped for resurfacing and could have benefitted from Wonder Woman’s “Purple Healing Ray.” Luckily, this stretch didn’t last long. It wasn’t clear from the course preview, but the route takes you directly into Great America through 2,100 cheering 5k participants waiting to start their run in the opposite direction!

Fun fact: I worked at Great America as a teenager and we used to have to tell people to walk, so to run past the rides was an absolute treat.

Once through the park, the hills of Gurnee began to form their own ride.  Nothing crazy, just enough to do the race “justice.” The next few miles traversed an industrial park before sending the half marathon athletes to the west towards the community surrounding Bittersweet Golf Course.  The 10k continued north to the finish line.

Well-supported aid stations appeared on course every mile and a half or so.  Colored cups contained electrolyte replacement and white cups were water — a fantastic idea I wish more races would use. Unfortunately, it wasn’t communicated before I splashed myself with the wrong one early on.

Somewhere during mile 9 we turned onto approximately 2 miles of crushed gravel path which  seemed to go on forever. This was also not clearly marked on the map and for someone who prefers roads, it was not a welcome surprise.  However, the country views made up for what was underfoot.

Many course segments incorporated narrow sidewalks or shoulders of roads which were open to traffic.  At 12.5 miles, we were running down the middle of a two-lane road with traffic on both sides.

Distance was also an issue; without roping race organizers with the “Lasso of Truth,” it was reported by many with GPS watches that the half course came up .3 miles short; but, the distance seemed to transfer to the 10k which was closer to 6.5 miles and the 5k reported by many as 3.7 miles!  These growing pains and are to be expected at a new event and I’m sure will be resolved in the future.

One thing that doesn’t need change is the after party with water, bananas and Power Crunch Bars, along with photo opportunities with Wonder Woman and the 80’s cover band, “The Breakfast Club.” It will be interesting to see what other races the DC Run Series has in store.  After all, a certain citizen of Gotham is celebrating his 80th birthday next year! 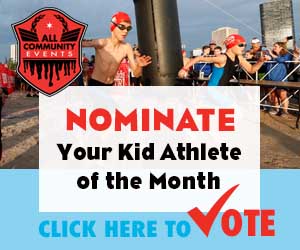