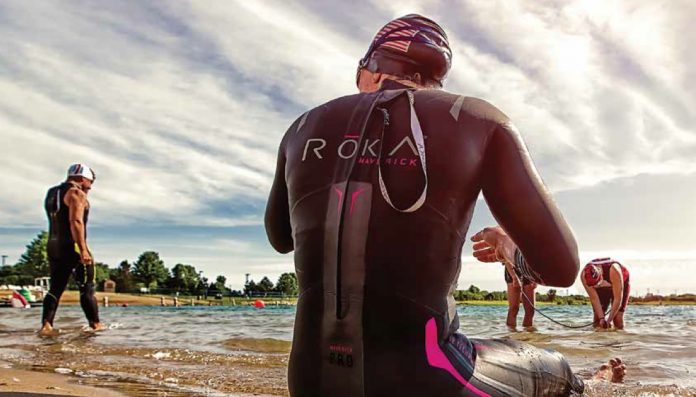 The first Paralympic Games took place following the 1948 Summer Olympics in London, allowing athletes with a range of physical disabilities to compete for their own chance at an Olympic title. Since then, the Paralympics has grown in popularity and participation, but this September will be the first Paralympic Triathlon in Rio de Janeiro, Brazil. The debut event will feature a 750-meter swim, 20-kilometer bike ride and a five-kilo- meter run with three of the five classification divisions.

While this is the first universal competition for triathletes with disabilities, the Chicago group, Dare2Tri has been providing opportunities for people of all abilities to compete since 2011.

Founded by three and joined by many, “Dare2Tri serves youth, adults and injured service members who have a physical disability such as amputation, spinal cord injury, stroke, spina bifida, cerebral palsy and those with visual impairments and blindness,” its website states. With a goal of having a dedicated triathlon-training center in Chicago, Dare2Tri wants to help anyone who wants to be active achieve his or her goals.

From completely different walks of life, four local athletes tell their stories on how Dare2Tri jumpstarted their careers and passions.

The Beginning of the Future

It was a spring day in 2004 when, at 24, Melissa Stockwell found herself in a Baghdad hospital. Thankfully alive, Melissa suffered a severe leg injury. She was deployed in the Iraq war when a roadside bomb changed her life, resulting in an above the knee amputation of her left leg.

“At Walter Reed Army Medical Center, I was fit with a prosthetic leg and heard about the Paralympics. I wanted to be in the Olympics since I was a young gymnast and wear the USA uniform. I knew it would be a lot of hard work,” says Melissa.
With swimming as part of her rehabilitation, she trained diligently, and went onto qualify for the 2008 Paralympic swim team in Beijing, given the honor to carry the American flag in the closing ceremonies.

In 2009, Melissa tried a triathlon, and fell in love with multisport. That same year, she met Keri Serota through a mutual friend, and together they signed up for a computrainer class. Dan Tun was in their first class, which was lead by current Head Coach of Dare2Tri, Stacee Seay.

Keri and Dan, both able-bodied athletes, along with Melissa, saw the need for a triathlon program for the disabled in Chicago, and with a grant from the U.S. Paralympics, the three founded Dare2tri. Together they pursued triathlon-coaching certification, and launched Dare2Tri in 2011 for people with amputations, spinal cord injuries and visual impairment. In 2012 their goal was to train eight athletes, but exceeded their expectations and trained 20 athletes in just the first year.

Today, the program has soared to over 300 athletes, including an elite team. Dare2Tri holds a three-day weekend training camp each spring in Pleasant Prairie, Wis., which helps first time athletes from around the country attend clinics, try equipment, swim in the lake and pool, learn tips on training and compete in a race on the final day.

Now at 36, Melissa has competed around the world in all triathlon distances, winning three World Championships. On July 8, she qualified to represent the United States in this year’s Olympic Games in Rio. As a wife and mother of a 2-year-old, Melissa continues to inspire not only athletes, but people of all ages and abilities around the world.

James Veltri competed in track and football before joining the U.S. Navy in 2003. When he was diagnosed with Type 1 diabetes, he left the Navy on honorable medical retirement.

While in college in Virginia in 2005, he was shot trying to break up a fight. Bullets braised the back of his head and his spine causing him to be paralyzed. He returned to Chicago to live with his mom, and suffered from depression.

Things turned around for James eight years later, when he decided to move to Milwaukee and he met his current girlfriend. One day, the two were visiting the Morten Arboretum and they ran into Coach Stacee, who said she “has a thing for guys in wheelchairs.” She encouraged him to come to the Dare2Tri camp and try a triathlon, and in 2015, he did, and was hooked.

“The people with Dare2Tri are passionate about what they do and it’s all about you achieving your goals yourself,” James said. “They care about you being a better athlete and a better person.”

Now 34, James is racing and training regularly. He competed in Leon’s triathlon, the ITU World’s Tri in Chicago, and the Chicago Triathlon in 2015, where he finished first in the Para-wheelchair division. This year he’ll reunite with the Chicago Triathlon, while also competing at Nationals for the first time.

In preparation, he goes for five-hour bike rides, swims two to three times a week, and borrows a race push chair to simulate the run for one to two hours.

“Triathlon has given me more focus and something to look forward to,” James says. “I like being able to move and do something while moving. It makes me feel good and proud.”

Training equipment has been a key factor to 49-year-old Alberto Guzman’s entry onto the triathlon scene.

Being visually impaired for 20 years, Alberto began attending Dare2Tri’s Tuesday night sessions in 2015, which was an hour of cardio and strength, followed by an hour in the pool. He struggled with the swim, but worked hard continuing to train twice a week.

Through Dare2Tri, Alberto received a grant to purchase a bike trainer so he can ride inside his home. Now, he is able to ride, swim and run several times during the week, and most days Alberto does two-sport workouts. He’s proud to be a part of the Dare- 2Tri team, finding the experience personally rewarding.

“Dare2Tri found the aspects of what prevents people with what’s needed to participate in this event. They help with access to equipment, resources and a network to guides,” Alberto says. “They’ve opened the doors to a great community, and are all stimulating and supportive.”

Alberto now feels he’s the strongest and fittest he’s ever been, thanks to Dare2Tri. He is now on the Development Team, where he is considered an emerging Paratriathlete with high-level coaching and support skills to help others reach their personal goals.

Despite having bursitis in his knees, Alberto competed in the Chicago Triathlon last year, where he decided he’d continue to pursue triathlons. His current goal is to qualify for Nationals, where he’s a mere eight minutes away from the qualifying time.

On the Road to Rio

Hailey Danisewicz, a 25-year-old Chicagoan and Dare2Tri Elite athlete, is training for the Paralympics this fall, with sights on the gold.

At the age of 12, Hailey battled bone cancer in her left leg. Two years later, after chemotherapy and several surgeries, Hailey decided to have her leg amputated, but was limited prosthetically to what she could do. She skied and dabbled in tennis to try and stay fit, but wanted something more.

Having learned about the Dare2Tri program by doing an Internet search five years ago in college, Hailey has risen quickly onto the competitive paratriathlete scene. In 2011, she connected with Serota, who offered to take her on as a Dare2Tri program intern. Hailey happily accepted, with the understanding that she was to complete a triathlon at the end of the summer. Dare2Tri opened up her circle of support and introduced her to others with physical disabilities.

“Keri took away all excuses,” Hailey says. “She’s a passionate person and offered all types of opportunities.”

Hailey had Rio on her radar early on when she realized her times were competitive. She stayed focused on making Team USA and is now training full time for the Paralympic Games, swimming five days a week, biking five to six days, running four days, and strength training each week. Hours of recovery include ice baths, compression boots and massages, all critical to her training, as it’s important she starts each training session fresh.

As for others wanting to dip their toes into triathlon, Hailey says, “Triathlon is an intimidating prospect, but trust the process, trust yourself, go all in, don’t be afraid to do something that seems scary. Once you step outside your comfort zone, great things can happen.”

In conjunction with the Transamerica Chicago Triathlon, the 2016 USA Triathlon Mideast Regional Paratriathlon Championships will take place Aug. 28 in Chicago. Dare2Tri will not only have several athletes competing in this event, but also will be present as a support system and represent triathletes with disabilities everywhere.

Also in Chicago will be Dare2Tri’s second annual gala event, An Evening2Inspire, where all athletes with disabilities will be honored. The event will also celebrate the debut of the paratriathlon as a Paralympic sport at the 2016 Paralympic Games. All funds raised through the event will support Dare2Tri athletes and the community of paratriathlon.