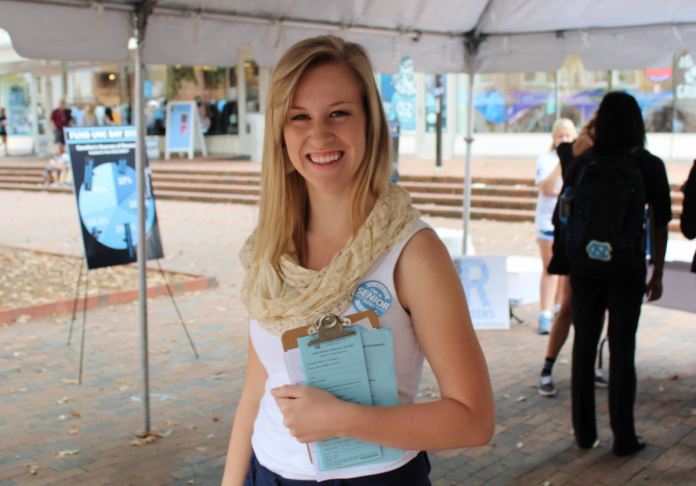 Three months ago, I volunteered to assistant coach my high school cross-country team. Having graduated from college just a year prior, I didn’t have much coaching experience to offer, and I’m also not a very fast runner (although I have cheered on many fast runners). But I love cross-country, and I love kids, so I figured combining the two would be a good idea.

Still, I wondered what I could contribute to the team. I knew I could fill up Gatorade jugs with water before practice and collect orange cones at the end of workouts. (And maybe offer kids my erudite — though likely unsolicited — 23-year-old wisdom.) But I wanted to contribute beyond simple tasks; I wanted to support the team in a meaningful way.

On my first day, I happily agreed to be the caboose on the warm-up run so I could “look out for the slower girls” and definitely not because I hadn’t run consistently in five years. There, in the back of the pack, I met a freshman girl named Alice. She had a familiar look of distress on her face, like she believed she might be running this very path for the rest of her life. I knew that look, because I wore it on my first day of high school cross-country practice nine years ago. Like me at age 14, Alice was shocked by the huge leap in difficulty from junior high to high school cross-country.

At my junior high, the cross-country team’s culture was pretty relaxed. We weren’t very fast, but I didn’t care. After all, I signed up for cross-country because it didn’t require hand-eye coordination and the team ran to a local ice cream shop every Friday. I was more focused on having fun than dropping my 3-mile time.

If our team was chill, our rival was Spartan. Every meet, they marched off the bus, filed onto the track in vinyl sweats suits, and initiated their elaborate warm-up in silence. Then they would proceed to smoke us on the course. They were well-prepared for high school cross-country, and, as I would soon learn, I was not.

On my first day of high school practice, I was completely overwhelmed. We began the warm-up at a blistering nine-minutes-per-mile pace, and I didn’t know where we were going or if I could keep up. As we kept running, I prayed fervently that we would reach the finish now… Or maybe now… Or maybe NOW… Or maybe NO– PLEASE HEAVENS LET THIS SHRUB AT THE CORNER BE THE END OF THE WARM-UP.

When we finally got to the finish, I felt dejection instead of relief. I gave nearly everything inside of me, and I had barely kept up with the slow pack. I questioned if I was even capable of being on the team. And on my first day coaching, it looked like Alice was doing the same thing.

I felt bad for inflicting more pain on Alice by asking her to talk, but I wanted to know her story. I wondered if she had gone to the same junior high as I had, and if she, too, was stunned by the difficulty of high school cross-country. I began my line of questioning:

“What grade are you in?”

“What junior high did you go to?”

“Have you run cross-country before?”

As I suspected, Alice and I went to the same junior high. She said she never had to try this hard in junior high because practice was more about having fun.

“I bet this is a lot different,” I said with an empathetic smile. “I was on the same junior high team back in the day. My first day of high school practice was quite a shock.”

“Yeah, it has been,” she said, as her pained expression softened. “I love running, but I don’t think I’ll last if practice is always this hard.”

A few weeks later, I caught up with Alice at the end of a run. She looked worn out, and she didn’t want to finish the mile back to school. I asked her if she would run back with me. She gave me a sheepish, “Sure,” and we began the trek back.

A couple of minutes from the finish line, I remembered a quote I had stored in my brain during my challenging first summer on the high school team nine years ago. My coach shared this quote the first day of practice, and I repeated it to myself often:

“You can always do more than you think you can.”

I made the decision to believe those words were true. I chose to challenge my self-imposed limitations and believe I was capable of surviving the team. Four years later, I proved myself right. I not only survived the team, but I grew to love it deeply, and I gained a great deal of joy and confidence in my running.

To me, that quote is about trying my best, but it’s also about finishing well. I always finish my runs with power, my arms pumping, knees driving, and legs kicking strong. I think runs are like paintings — each one is a work of art, and it’s important to finish it with conviction.

“OK, we’re almost to the finish. Do you want to run it in strong with me?” I asked Alice. She smiled big and bolted off down the path.

The two of us raced to the finish line — fast. We were sprinting. I felt so in rhythm with Alice; we traded off taking the lead every couple of steps. We smiled because we felt strong.

We crossed the finish line together, both of us breathing hard and dripping with sweat. I took a second to catch my breath and look over at Alice — she was exhausted, but her eyes were shining bright. She looked happy. I gave her a high-five and started yelling lots of loud, endorphin-fueled exclamations about how awesome she was.

“ALICE! YOU DESTROYED THAT FINISH!” I yelled. Alice looked at the ground bashfully, but I could see she was still smiling. “Yeah,” she said. “That was fun. I’m glad we did that.”

I felt a lightning bolt of happiness strike inside of me, because I had just realized I did more than simply fill up Gatorade jugs and collect orange cones: I had helped a runner in a meaningful way.

Alice eventually made it through the summer. Now, she is an official member of the team, and she ran her first race over Labor Day weekend. When I look back on the summer, our run together is my most precious memory.

As a coach, I don’t have championship-winning expertise or impressive athletic ability, but I do have my past as an inexperienced runner to offer. I was a rookie athlete then and I’m a rookie coach now, but my experience with being clueless was enough to help a runner in some small way. Once in a while, being totally inexperienced pays off — and maybe one day Alice, too, will pay it forward to the younger version of herself.

This story originally appeared on the website Stories & Glories.