Home Features Meet our 2017 Clif Bar Athletes of the Year 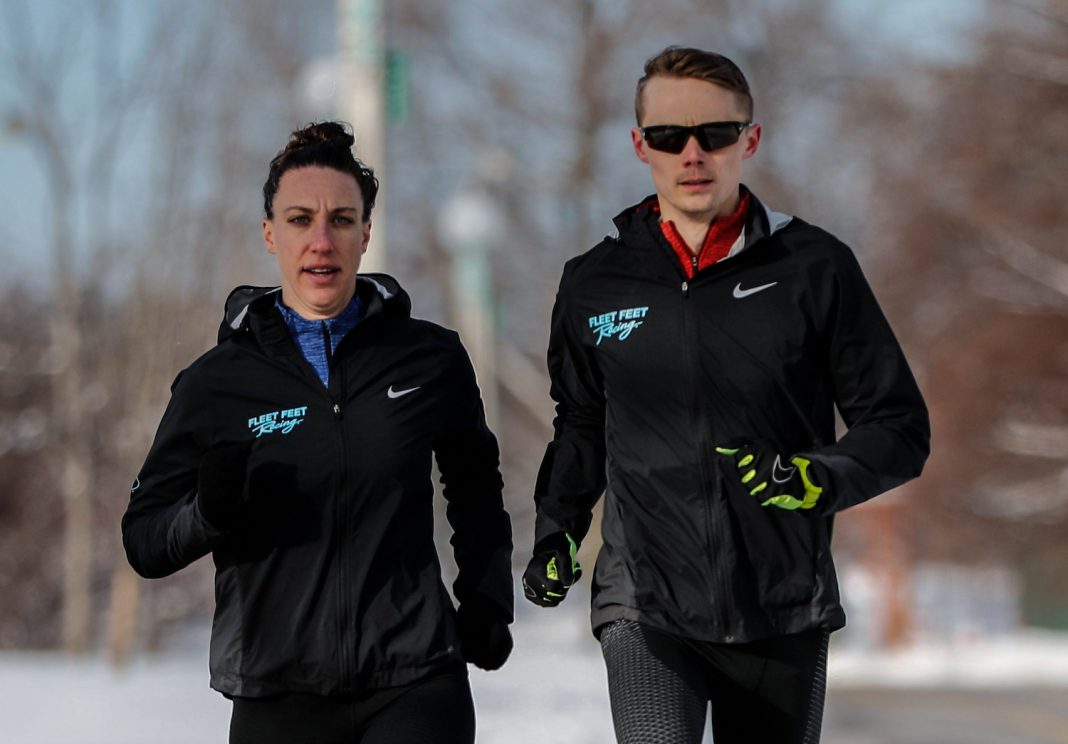 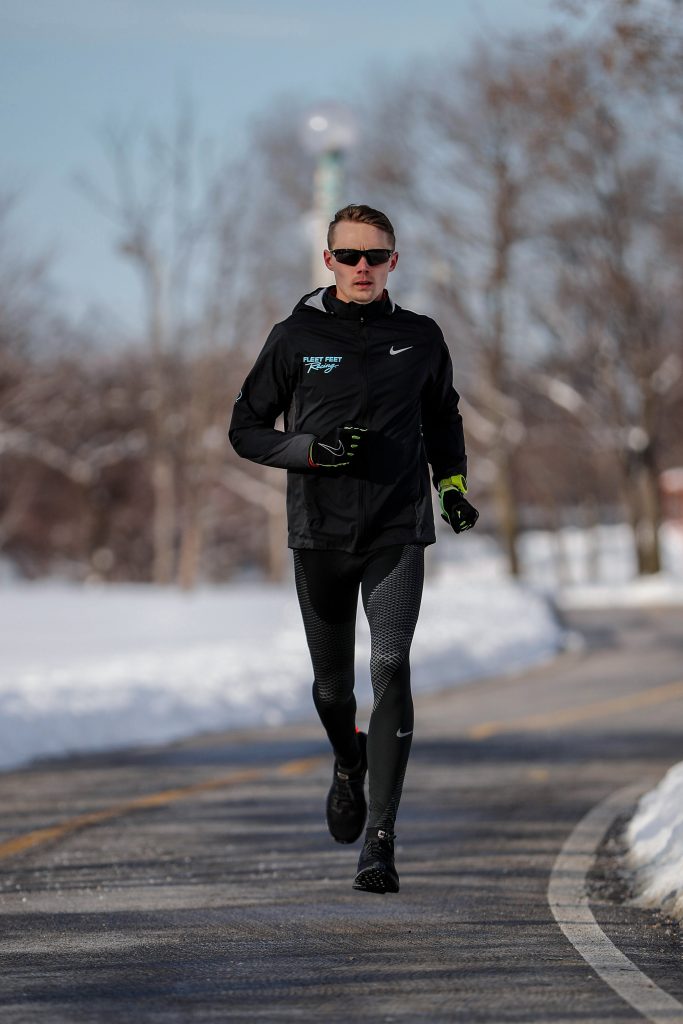 A: I started running in eighth grade when our school started a cross country program and my mom thought I might like it. I liked it enough that I joined the high school team the following year. I was lucky enough to have some great coaches in both cross country and track through high school and college, which helped foster my love for the sport. While I was in college I started working for a local running store and that’s when I really started to learn more about running post-college.

Q: How are you involved in Chicago’s running scene today?

A: I’ve been pretty lucky and haven’t had any major challenges in terms of injuries or anything like that. I’m probably only saying this because we just got a lot of snow, but one of the challenges of training here in Chicago is training throughout the winter. But everyone here deals with that and part of being a runner is finding ways to get your training done no matter the conditions. It’s a lot easier when you have a group to train with and teammates that push you to train harder.

A: The Chicago running community is pretty awesome, and I love being out on the lakefront path and seeing all the other athletes training. It’s really cool to show up to a race and see the runners that you always see on the path or at the track and know that you’re both part of the greatest running community in the world!

A: I just want to say thank you to Fleet Feet Sports for the opportunity to do this every day, and to Aligned Modern Health for keeping me in one piece! 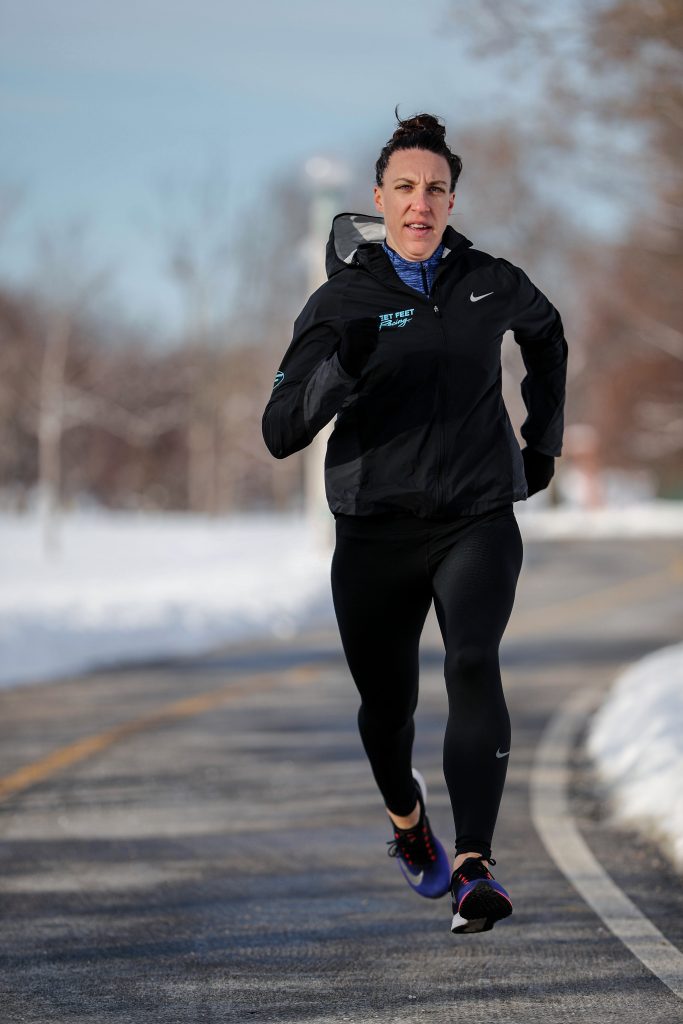 A: I suppose I’ve always been a multi-sport athlete. I began playing sports at the age of 5; I quickly fell in love with soccer, basketball and softball. Eventually, I began running in college as a way to make up for no longer having hours of practice a day. I ran my first marathon in 2005 and played club soccer at DePaul through 2007.

Q: How are you involved in Chicago’s athletic scene today?

A: After dealing with knee pain since I was 10, I had elective exploratory knee surgery in 2008, and I was running one month later pain free. I started where I left off by running … but eventually burned out and quit. I started cycling that next summer, a love that hit hard and fast. Cycling eventually led me to triathlon – which over six years, crept its way up to Ironman. I’ve also been a member of the Fleet Feet Racing team for two years, but have been involved with them as an employee and coach for 10 years.

A: Doubt and insecurities are Mt Kilimanjaro to me. Don’t think, just do is not my strong suit. There’s a great quote from Brett Sutton about Chrissie Wellington, that she’d be even more unstoppable if he could just chop her head off. I’ve always appreciated the technique and repetition of developing a skill set, and the strategy of the game, but it’s a unique situation when you’re trying to develop three sports, one body and one brain.

A: Connecting with the community is probably the best part. 2017 did not turn out as I would have liked, yet I still get to sit here doing this interview. It has definitely reminded me that this is about more than race results and podium finishes. I also think it is pretty cool to be the fourth triathlete in a row to win Athlete of the Year. Triathlon is growing and there are opportunities that come along with that for anyone who wants to get into the sport.

A: Surround yourself with great people. Also, endurance training takes time, sacrifice and commitment at any level. I personally am not a huge fan of “finding balance.” I thrive more in the element of structured chaos, and believe that you have to let things go when they no longer fit the plan.

A: As we talk about sacrifice, a huge thanks has to go to those in my life that I don’t get to see very often; who continue to give unconditional support and forgiveness when I use my travel days and dollars to race; who either spend some of theirs to watch me race, or simply refresh the race tracker incessantly.