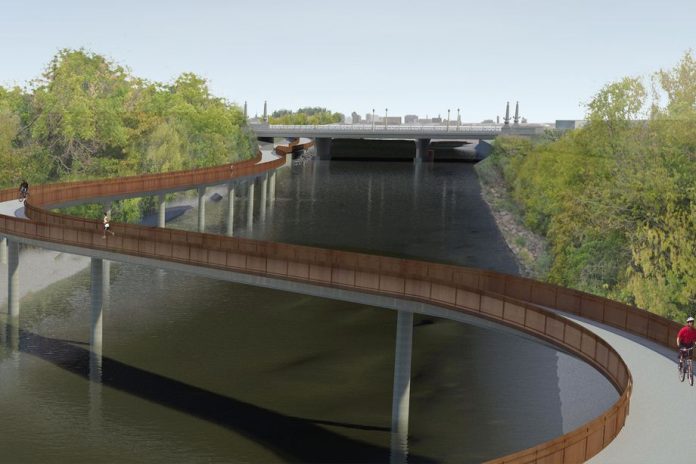 reviews on celexa for depression.

Last week, Mayor Rahm Emanuel broke ground on a major project to transform the riverfront neighborhood on Chicago’s North Side into one of the City’s largest recreational hubs that provides residents with an unobstructed network of parks and recreational amenities.

The 312 RiverRun will connect the surrounding Irving Park, North Center, Avondale and Albany Park neighborhoods to three parks with one path for nearly two consecutive miles.

“A new century for Chicago requires a new plan for Chicago’s Parks, one that draws on the inspiration of Daniel Burnham to use our river and lake to better connect communities and enhance residents’ quality of life,” Mayor Emanuel said. “The 312 RiverRun will create an unparalleled network of outdoor recreational opportunities for residents while boosting neighborhood vibrancy and economic growth.”

Once completed, 312 RiverRun will connect Horner Park to the north to California and Clark Parks to the south. It will extend across 95 acres with facilities and programming for every athletic activity supported by the Chicago Park District including: softball fields, wheelchair accessible baseball fields, fitness centers, playgrounds, an indoor ice skating rink, tennis courts, the mountain bike/Bmx trail, an outdoor pool, boat houses and more.

“Investing in bike and pedestrian paths are an essential part of making our communities greener and healthier,” U.S. Senator Dick Durbin (D-IL) said. “The Riverview Bridge will connect vibrant neighborhoods and give residents across the city safe and convenient access to some of Chicago’s world class parks and recreational opportunities. This project is a great example of what can happen when local, state, and federal officials work together to improve transportation infrastructure.”

The project kicked off Oct. 4 with the groundbreaking of the Riverview Bridge, which will cross over the North Branch of the Chicago River and under the Addison road bridge. The new bridge will provide a new connection for runners, bicyclists and pedestrians between the paths in Clark Park to the south and California Park to the north.

“Making Chicago a clean, safe, and inviting place to live includes prioritizing bike and pedestrian-friendly infrastructure like the Riverview Bridge,” said Rep. Mike Quigley. “As an avid biker myself, I’m excited for the recreation and accessibility opportunities that such an innovative project provides; and as the only Illinois member of the House Appropriations Committee, I was proud to help secure federal funding to support this project. I applaud the extensive coordination between city, state, and federal agencies that have made the Riverview Bridge project possible.”

“We are thrilled that the 312 RiverRun will bring together communities and expand recreational and fitness options on Chicago’s North Side,” said Chicago Park District CEO & Superintendent Michael P. Kelly. “This project is yet another example of our commitment to investing in our city’s riverfront and reclaiming it as an invaluable resource for recreation.”

Reaching more than 1,000 feet long and 16 feet wide, the new Riverview Bridge will be the longest pedestrian river bridge in the city. It will have an elevation of more than 18 feet to accommodate recreational use by boaters. Its unobstructed access will also eliminate the need for residents to cross major streets, enhancing pedestrian safety.

“We are excited to be starting work on this transformative project that represents a major piece of Mayor Emanuel’s plans to create new recreational opportunities for Chicago’s neighborhoods,” Chicago Department of Transportation Commissioner (CDOT) Rebekah Scheinfeld said.

The 312 RiverRun redevelopment project is a collaboration between the Chicago Departments of Transportation, Planning & Development and the Chicago Park District and continues Mayor Emanuel’s goal of developing a continuous river trail system.

The project is supported by numerous federal, state and local agencies, with funding provided by the Federal Highway Administration, the Illinois Department of Transportation, the Chicago Metropolitan Agency for Planning and local sources. Other agencies involved included the U.S. Army Corps of Engineers, the U.S. Coast Guard, the Illinois EPA and the Illinois Department of Natural Resources. In addition, it required an agreement between CDOT and the Metropolitan Water Reclamation District of Greater Chicago (MWRD) to lease four parcels of land along the North Branch.

The Riverview Bridge design team was led by Epstein, a Chicago engineering firm that has designed the redevelopment of Midway Airport, as well as the south and west expansions of McCormick Place Convention Center. The project will be constructed by Illinois Constructors Corp.

The 312 RiverRun project is a key component of Building on Burnham, Mayor Emanuel’s comprehensive plan to invest in the Lakefront, the Chicago River, natural areas and recreational opportunities in neighborhoods across the city. This plan follows the Mayor’s successful expansion of Chicago’s park system in his first mayoral term, which has already added 750 acres of new parkland, 327 new playgrounds and more than $800 million in capital investment from neighborhoods and private sources.

Mayor Emanuel has also led the City’s efforts to transform formerly industrial corridors into recreation space. Examples include the 606 trail which converted unused rail tracks on the North Side into a 2.7 mile, off-street recreational trail, and the Riverwalk, the new riverfront promenade on the south bank of the Chicago River.