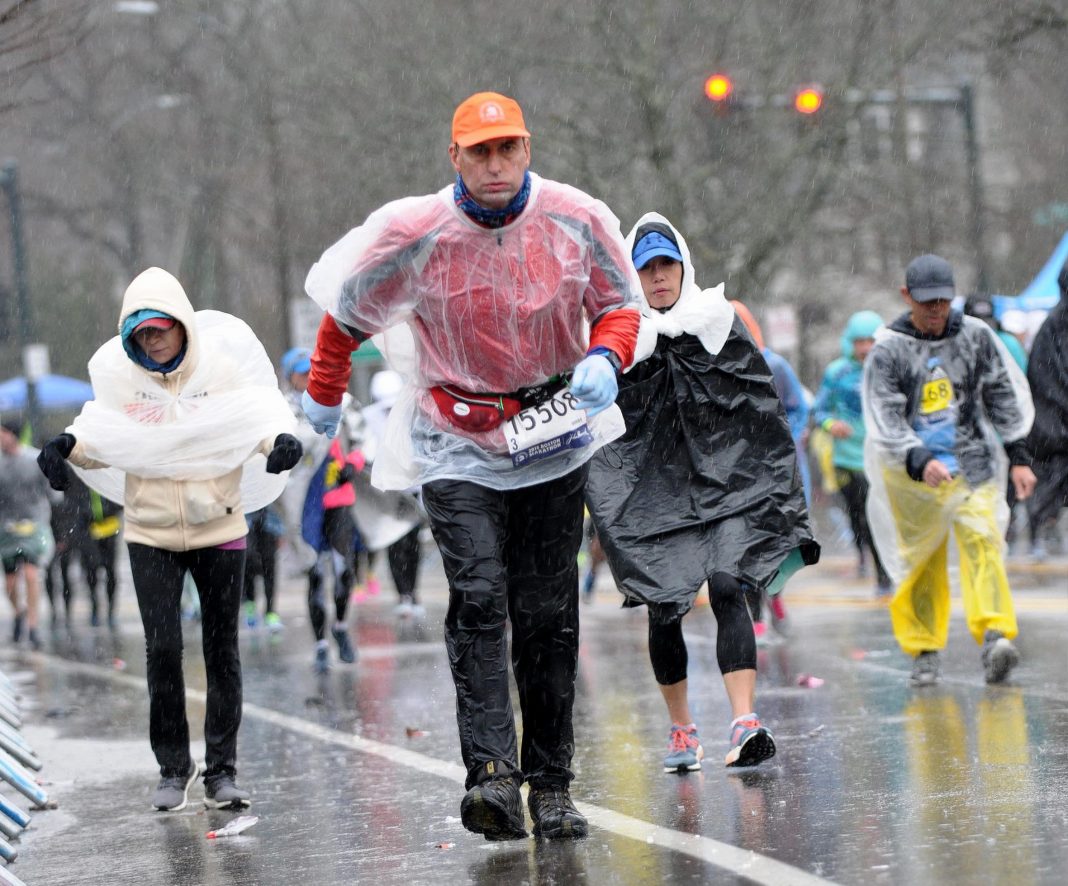 Buciak has run more Boston Marathons than any other runner from Illinois in the 122 years of the race. Despite the cold temperatures, strong winds, and hip replacement four months ago, Buciak ran a smart race, with his second half marathon only 63 seconds slower than his first. He came in at 6:10:57.

“Conditions were tough but training in Chicago made me tougher. This was one of my most rewarding marathons of my life,” Buciak says. “The fans of Boston all deserve a medal and a cannoli from Bova’s Bakery for being out in rain all day!”

At the 1983 Boston Marathon, Buciak set his personal best with a time of 2:30:25. In addition to his own training, Buciak leads the training group The Road to Boston for other Chicagoans who wish to run in the country’s oldest marathon. He hosts weekly training runs and frequent social events to prepare and build excitement around the race all year long.

Other Chicagoans who ran the 2018 Boston Marathon can join Buciak at his Boston Marathon Celebration Friday night at the Cafe at Formula Fitness Club in Gold Coast. For more information, email Buciak at theroadtoboston@rcn.com.