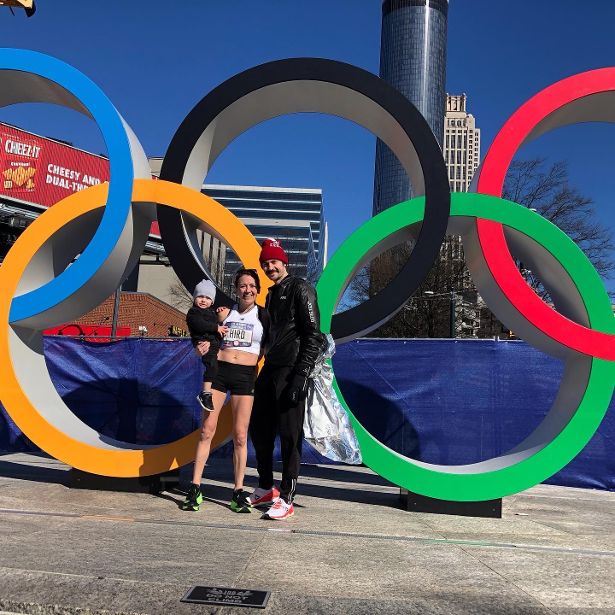 The 2020 Olympic Marathon Trials engaged fans and athletes throughout the entire day. Held in Atlanta, Georgia, runners were met with a rather hilly 3-loop course, but the biggest challenge of the day might have been the wind. Packs were held tightly together for the majority of the first two loops, leading to a more tactical race for the Olympic hopefuls. The top three men and top three women will go on to represent the USA at the Tokyo Olympics. On the men’s side, Galen Rupp was a favorite by a long shot and won the race in a blazing 2:09:20, the third-fastest time in Trials history. Rounding out the podium were Jacob Riley, an unsponsored surprise to many, and Abdi Abdirahman, who at 43-years-old became the oldest marathoner to qualify for an Olympic team. On the women’s side, Aliphine Tuliamuk, a 10-time national champion immigrant from Kenya, won in a time of 2:27:23. Molly Seidel, running her first ever marathon, was second, just seven seconds behind, and Sally Kipyego, 10k silver medalist at the London Olympics, rounded out the podium. As in the men’s race, the women held a tight pack together for a majority of the race, with the lead group sticking together for almost 20 miles.

Possibly even more exciting was seeing how many Chicagoans were represented at this year’s Trials. I was fortunate enough to grab a few recaps from four Chicagoland athletes. (Note: prior to the Trials, I also had the opportunity to interview three other Chicagoans–read their Trials stories here).

Sarah David (31, lives in Chicago, races for DW Running) was unsure what to expect at the Trials, but the energy from the spectators and the city of Atlanta blew her away. And the wind literally almost did just that. She noted that the wind was helpful for cooling off, but was definitely more of a factor than the hills that everyone had talked about and trained for. David was fortunate to run with her teammate, Julia Buford (Chicago), for the first 17 miles of the race and loved seeing the collaborative atmosphere among the women running (a record 511 women qualified for the 2020 Trials). 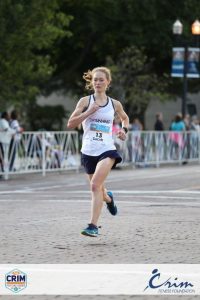 Marisa Hird (33, lives in Naperville, races with Naperville Running Company) finds herself stuck for words when trying to reflect on her experience at the Olympic Trials. After trying to qualify for such a long time, she’s still trying to soak it all in. She credits the snowy/windy/rainy/cold Midwest winter weather for helping her feel a little more prepared when the huge gusts of winds kept the runners working hard throughout the day, though notes this was the hardest marathon she has ever run. Despite training in the Midwest winter and on hills, she felt the course really beat her up. However, Hird couldn’t help but smile (and even got choked up a few times) every time she’d pass through the tunnels of screaming, cheering fans, especially the 20 of her own that had made the trip to Atlanta for the big race. Her goal was to soak in the experience and leave it all out on the course, and that’s exactly what she did. 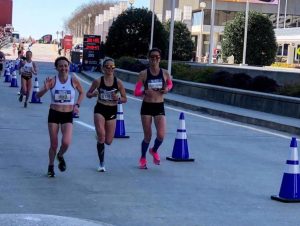 Oscar Medina (27, lives in Chicago, races for Second City Track Club) placed 51st in a time of 2:19:28, noting that this race was the hardest race he was a part of. “Only those who really wanted it would overcome their own goal at the trials,” Medina said. His goal was to be in the top 100, considering his seed place was 211th. He credited the spectators lining the course for giving him the energy he needed for the race, comparing the entire course to the last 100 meters of a finish line–electrifying, energetic, and something he will never forget. Between having multiple family members coming out to surprise him and obliterating his goal of placing top 100, Medina can’t help but smile every time he feels a little pain post-Trials as he is reminded of the incredible race he had on Leap Day. 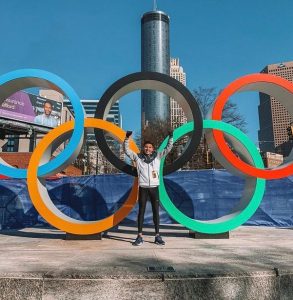 Alyssa Schneider (26, lives in Bartlett, races for Second City Track Club) really enjoyed being a part of such an elite event, surrounded by such an incredible field of runners. Her race was bittersweet as she suffered some bad heel blisters from the start and felt the pain in the last 10 miles was worse than any other race she’s done. However, Schneider has a great perspective in saying that everyone fought their own battle, having to overcome some big physical and mental barriers on the day. Despite brutal winds and a tough course, she credits the Atlanta Track Club for great course markings, fluids and facilities, and credits the fans for creating such an exhilarating race atmosphere. The amount of Chicago athletes represented at the Trials this year makes Schneider proud to be a part of the Chicago running community. 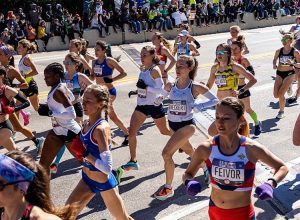 All runners noted what a fantastic job the Atlanta Track Club did with hosting the Trials. Sarah David noted that the Atlanta Track Club was worried about the logistics of getting six bottles to every runner during the race, but she (and many others) never had any trouble finding or grabbing bottles at aid stations. Marisa Hird added, “From the time we landed in Atlanta, the Atlanta Track Club treated us, all 800 of us, like royalty.” Runners, spectators, and fans alike were treated to a phenomenal race day experience. The Olympic Marathon Trials are an unforgettable experience that these runners (and their fans) will get to treasure for a lifetime.