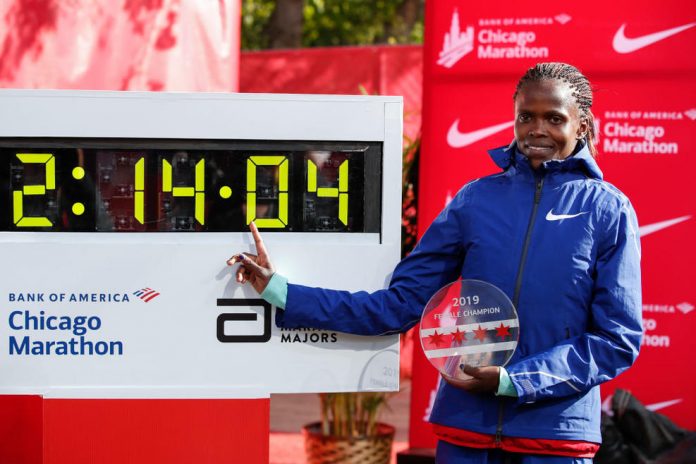 Kenya’s Brigid Kosgei shocked the marathon world in Chicago on Sunday, obliterating a world record that was once considered one of the most untouchable in endurance sports. The 25-year-old broke the tape in Grant Park in 2:14:04, shaving one minute and 21 seconds off of Paula Radcliffe’s previous record, set in London in 2003. She went through the half-marathon in 1:06:59.

Kosgei’s previous marathon PR was 2:18:20, which she set in winning the London Marathon this April. She won last year’s Chicago Marathon in 2:18:35.

Reigning Chicago champ Mo Farah of Great Britain had one of the most disappointing races of his professional career, finishing eighth in 2:09:58.