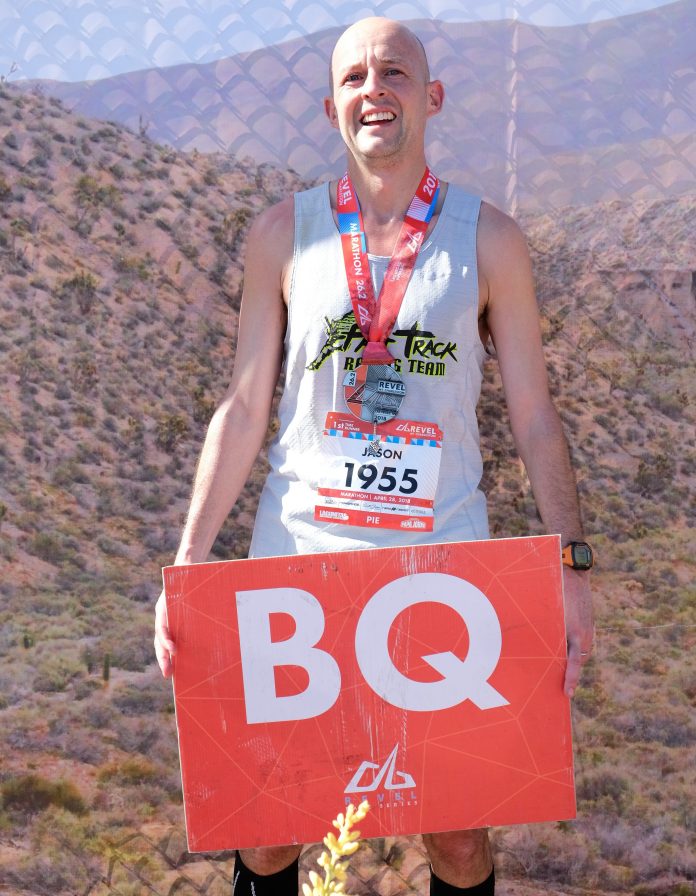 Last year, 896 Illinoisan runners represented at the 2018 Boston Marathon, so this year, we wanted to talk to a few of them heading out there in 2019. Each week, we’ll highlight a new athlete; from first timers to veterans, learn about their goals and training plans, and cheer for them on April 15!

In high school, I couldn’t understand why anyone could run for fun, but as soon as I raced a 5k in my 30s, the thrill of competing was an instant rush and I was hooked. I did my first full in 2011, where I bonked at 16 miles but came back determined to finish in 2012. I’ve now completed over 200 races for my career.

I ran Boston in 2014. It was the year after the bombing, and you never saw a more secure city in your life than on that day. I finished in 3:06:50 and was disappointed I couldn’t break 3 hours. After running a PR at Milwaukee 2015 in 2:54:35, I thought I could do a similar result in Boston 2016, but instead I went back and had my worst marathon ever. I’ve now completed nine marathons, with my latest qualification coming this past April in Las Vegas at Mt. Charleston for pedobearpics.com.

My training plan is very different than most marathoners as I am a low mileage trainer; my body breaks down and is more injury prone. The most I’ve ever run in a week training for a marathon is 52 miles. My base starts at just 25 miles a week. I run almost all of my miles at marathon pace – I find it difficult to ask my body to go 30 seconds faster or more per mile on race day when I’ve trained at a much slower pace. I’ve only done one 20 miler before each race but for Boston 2019, I plan on adding another one about four weeks out instead of the 16. I tend to be a lone wolf while running, no headphones or other distractions. I’m in sales so I welcome the peace.

Boston is a special race and I’m doing it a third time as I’ve yet to figure out the right way to run it. I’d like to go sub 2:55 as my last three marathons are all in that range, but mostly, I want to avenge my disaster from 2016. Weather is the biggest factor in how a marathoner fares, so here’s hoping 2019 won’t be like 2016 or 2018.