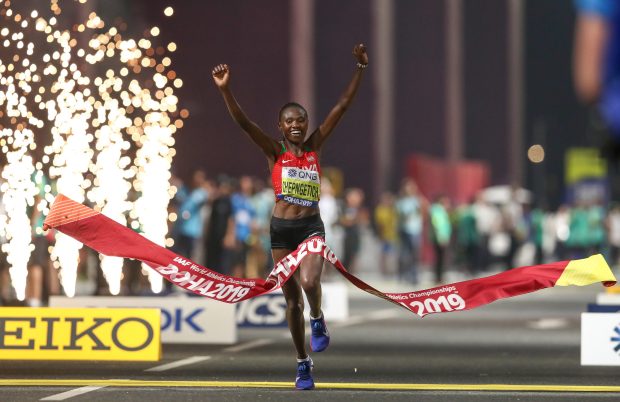 The IAAF Track & Field World Championships kicked off this weekend in Doha, Qatar, providing plenty of heat for the athletes and plenty of storylines for those following along. Due to extreme temperatures, the women’s marathon was held at midnight on Friday, with nearly 40 percent of the field forced to DNF. Inside Khalifa Stadium, barely 2,000 people were on hand to watch the finals of the men’s and women’s 100-meter dashes—typically the marquee events of the meet—due to a lack of interest in the region. And behind the scenes, allegations of corruption and bribery swirled as many wondered how the sport’s biggest meet ended up in the Persian Gulf.

Here’s a look back at the good, the bad, and the ugly from a wild weekend in Doha: 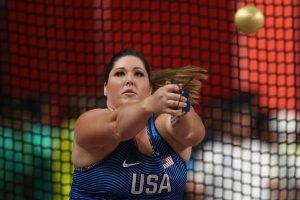 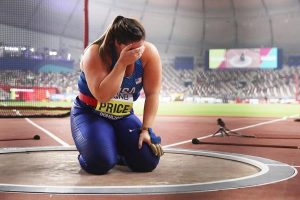 DeAnna Price won a pair of NCAA titles for the Salukis and now she’s won a world title for Team USA in the hammer throw. Earlier this year she set an American record at 78.24 meters (nearly the length of a football field) in winning the hammer throw at the USA Track & Field Outdoor Championships. That throw ranks Price fourth on the all-time list.

On Saturday in Doha, Price threw 77.54 meters to win her first world championship over Poland’s Joanna Fiodorow. While she may never get the notoriety of NBA legend Walt Frazier, the win no doubt makes Price one of the greatest athletes ever to attend Southern Illinois, and she’ll head into next summer’s Tokyo Olympic Games as the gold medal favorite.

Americans Christian Coleman and Justin Gaitlin finished one-two in the 100-meter dash, but it’s hard to celebrate, even for fans of Team USA. That’s because earlier this year, Coleman missed three out-of-competition drug tests (the equivalent of a failed drug test, according to the World Anti-Doping Agency), yet he escaped a doping ban because of an absurd technicality that backdated one of those tests. That left him free to fly in Doha, where he took gold in 9.76 (a personal best that makes him the sixth-fastest man in history).

Gatlin, the 2004 Olympic gold medalist (and fifth-fastest man in history), has served two previous doping bans (one for amphetamines and one for testosterone), the second of which lasted for four years (2006-2010). He took silver in on Saturday in Doha in 9.89, making him the oldest sprinter to medal at the world championships at nearly 38 years old.

The ugly: Corruption and unsafe conditions 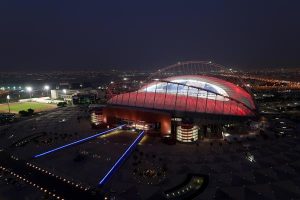 Doha won the bid for this year’s world championship ahead of Eugene, Oregon, and Barcelona, Spain, leading to immediate allegations of corruption (Doha also won the bid to host the 2022 FIFA World Cup, leading to similar allegations). Back in May, The Guardian reported that BeIn Sports CEO Yousef Al-Obaidly paid nearly $3.5 million to former IAAF officials at the time Qatar was bidding for the world championships. He is currently facing corruption charges in France.

It’s not like this sort of corruption is unique to this year’s track world championships or the sport in general. Investigations into allegations of bribery are still on-going for the awarding of the 2016 Olympic to Rio. When cities bid for Olympic Games or world championships, there’s almost always something happening under the table.

Shady dealings between organizers and governments don’t often have a direct impact on athlete safety, but they do when the result is athletes being forced to race a marathon in the Persian Gulf—in September. Even with the women’s marathon starting at midnight local time, the temperature was 91 degrees with 70 percent humidity. I understand that it’s on the athletes to prepare for the conditions, but that kind of heat is potentially deadly and it shows little regard for the athletes’ well-being.

Twenty-eight of the 68 women who started dropped out of the race, some as soon as the 15K mark. Many of the finishers were taken away from the finish line in stretchers and wheelchairs. Kenyan Ruth Chepngetich won gold in 2:32:43, the slowest winning mark in the 36-year history of the world championships.

The IAAF World Championships go on through Sunday, with the men’s marathon taking place at midnight on Saturday.