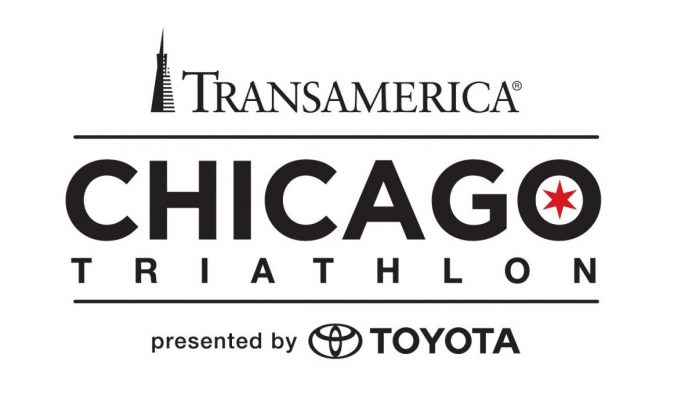 Though hard to imagine now, the Transamerica Chicago Triathlon began in a rather humble fashion in 1983, with approximately 750 triathletes competing in the very first race. Since then, participation has increased exponentially, as triathletes of all ages and experience levels have become enamored with the Windy City’s picturesque skyline views, summertime temperatures and ideal location along the shorelines of Lake Michigan.

However, the Transamerica Chicago Triathlon is much more than a one-day race. The three day weekend features a myriad of events and competitions for athletes and spectators alike, beginning with one of the sport’s most popular expos.

The Transamerica Chicago Triathlon weekend officially begins on Friday, Aug. 28 with the Multisport & Fitness Expo held at Hilton Chicago. Entirely free of charge and open to the public, the expo features over 150 exhibitors and 200 booths. All sprint and international triathletes must attend a 30-minute presentation at the expo, a policy implemented last year as a result of the triathlon’s recent enhancements, including a new bike course, a renovated transition area and another bike racking option.

The expo runs from 1 p.m. to 8 p.m. on Friday and from 9 a.m. to 5 p.m. on Saturday, providing triathletes two opportunities to pick up their race registration packets and attend the mandatory presentation. On average, more than 18,000 guests visit the expo each year.

Nearly 1,000 athletes curious about triathlons but not quite ready to invest in the equipment they need for the sport, are projected to participate in the SuperSprint Triathlon, which begins at 7 a.m. Aug. 29 at Foster Beach.

Triathletes will begin the race on the south end of the beach, swimming for 375 meters. They will then complete a 10K bike course on closed roads near the beach, prior to running for 2.5K on paths in the area, culminating in an eight-mile race that provides spectators a preview of Sunday’s triathlons.

One hour after the SuperSprint Triathlon begins, Foster Beach will host another triathlon—for kids only. Over 1,000 children, divided into Junior (7-10 years old) and Senior (11-14 years old) divisions, will take part in the race. Participants will begin the race in the shallow middle section of the beach and then swim either 100 meters for Juniors or 200 meters for Seniors.

Sprint distance triathletes will begin their 30.3K races in Monroe Harbor, at the intersection of Balbo Drive and Lake Shore Drive, at approximately 8:45 a.m. on Sunday morning. They will swim for 750 meters, prior to transitioning to the triathlon’s recently updated bike course, riding north along Lake Shore Drive and then turning around at Hollywood Boulevard.

After riding for 24.5K, the triathletes will then begin a 5K run at a grassy reserve near Randolph Street. Throughout the course of the run, they will see some of Chicago’s most popular landmarks, such as Buckingham Fountain and Shedd Aquarium, before the race concludes on Columbus Drive.

Much like the sprint distance triathletes, international distance competitors will begin their triathlons in Monroe Harbor, albeit considerably earlier, as they will enter the water at 6:15 a.m. They will first swim south and then make a 180-degree left turn and swim north until they finish the 1.5K course near the Chicago Yacht Club.

Participants will then begin the 40K bike course along Lake Shore Drive, prior to turning around at Hollywood Boulevard and riding south until they exit at the Wacker Drive egress ramp and ride along Intermediate Wacker Drive. Ultimately, they will also ride on the Lower Randolph Busway, essentially a private highway 15 feet below ground level.

“The Chicago Triathlon happens to be one of the most spectator-friendly races on earth, beginning with the unique swim course that is set in Monroe Harbor, and spans the entire lakefront path,” Scott “Hootie” Hutmacher, regional marketing manager for Life Time Athletic Events, says. “Husbands and wives can kiss each other goodbye as athletes jump into the water, and then be no further than 25 yards from them throughout the duration of the swim course.”

Even so, Hutmacher advises spectators to spend some time preparing for the triathlon at least a few days before it begins. In particular, he recommends spectators know the exact time their athletes will begin their swims and establish a meeting point to say their goodbyes.

“Spectators should also learn their athlete’s estimated times to be at specific parts of the course, especially those that will be more spectator-friendly,” he says. “They should also know what their athletes will be wearing so they can easily spot them. And, of course, they must wear comfy shoes and bring plenty of snacks.”

He adds, “And the best spot to view runners is in the Museum Campus, specifically in the back of the Field Museum, where spectators can capture photographs of the skyline and the converging groups of runners in the background.”

As a result of the new bike racking option, the triathlon’s transition area, located in DuSable Harbor, was also redesigned last year, thereby allowing sprint distance triathletes with later start times to check in during other races. All timeframes and access points will be communicated to triathletes before the race begins.

“The success of last year’s enhancements, including the new transition area and bike course, led to some of the Chicago Triathlon’s most highly acclaimed feedback ever,” Hutmacher says. “Veteran triathletes are returning in droves, and new triathletes are signing up to participate, as evidenced by the new Live Grit First Timers’ Program, which introduces prospective triathletes to the sport. It sold out in a month.”

He concludes, “Although our team is optimistic about the event’s recent revolution, we cannot become complacent as we strive to consistently achieve our primary goal—to provide the world’s premier urban triathlon experience.”