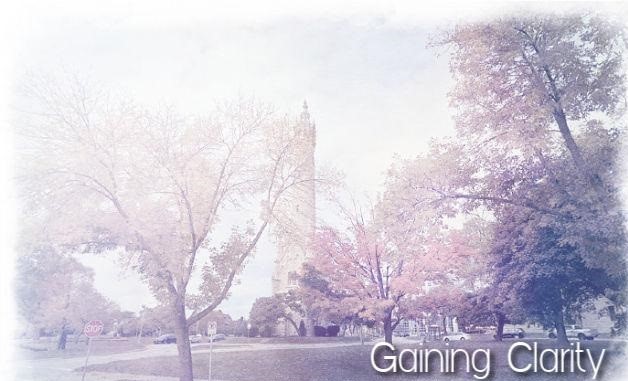 They say the definition of insanity is doing the same thing over and over again and expecting different results.  So why participate again in an event that you came up short in two very long years ago?  Because, every race is very different even at the same venue and traversing the same course.  I am in a very different place physically and mentally than I was two years ago.  Then, I took my new found health for granted and I felt invincible.  I certainly didn’t disrespect the miles.  I put in the distance that every plan recommends leading up to race day.  But, no amount of training prepares an athlete for waking up with a virus on race morning.  By mile 10 of my first marathon attempt, my calves were so cramped it would have been futile to try and drag them along for another 16.2 miles.  So, I did the wise thing and turned in with the half marathoners and somehow made it to the finish.  While it was a victory of sorts, it did not produce the glory I was hoping to achieve on that day.

So why return to a location that did not produce success?

First, because I have set a different set of goals.  When I initially pulled myself up by the laces and looked at the race website it was with delusions of grandeur that I would be able to go from couch to full marathon in 10 short weeks.  Not quite embracing the reality that I had yet to complete a full and had not run more than 5k in a year and a half.  As I came to my senses, I realized that it may be wise to try to complete the half in a reasonable time and have since decided just crossing the finish line would be considered a “reasonable time”.

Second, although I spent most of the race feeling the effects of the bug that had decided to join me that morning, I really enjoyed the course.  The half-marathon winds its way through downtown, pushes into a community full of beautiful historic homes, down along the Lake Michigan waterfront and up to the Marquette Campus before finishing at the Fiserv Forum with a great festival like atmosphere.

And finally, because it serves as a chance to start my “comeback” as an athlete.  Comebacks are complicated things.  For the professional athlete a comeback may mean victory.  For a mid to back-of-the packer like myself it will mean crossing the finish line.  But one of the most difficult things at any level is embracing reality.

A good friend recently surprised me with a copy of “The Comeback Quotient”.  And while I am only a little more than a third through it’s pages,  I would highly recommend it.  One thing the author Matt Fitzgerald shares is that once an athlete has “accepted the reality of a bad situation, an athlete has the option to either give into it or try and make the best of it.”   Sometimes we get so lost in our own journey we forget that we have some input into the stops along the way.  While these words may seem simple and obvious, when you have been in the space that I have been mentally and physically for the better part of 18 months, it is encouraging to know that one still has the power to choose how to deal with what lays ahead.

For me, I’ve chosen to toe the line at the Milwaukee Half-Marathon.  Essentially giving myself the option to pull myself from the depths and forgive myself for any lack of motivation brought on by a number of things completely out of my control (and some that were fully avoidable.)  I plan to enjoy the run as best I can.  I’m going to “enjoy” the climb up to the water tower.  I’m going to try and catch a glimpse of the lighthouse and remind myself that I have come out of a very thick dark fog.  I’m going to be grateful to the volunteers who man the aid stations.  I’m going to strike up conversations with my fellow runners and appreciate that we are able to do what makes us who we are together again.  I am going to accept that this race may not be my best effort; but, it will be my best effort on that particular day.  And you know what?  That’s OK!