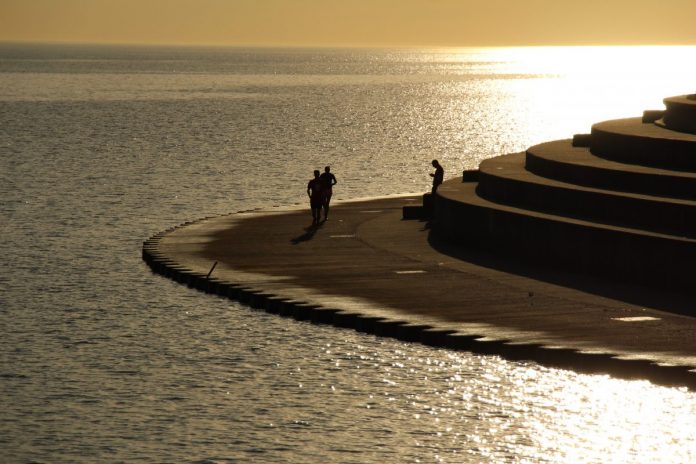 When that alarm goes off in the morning, and you look outside and its still dark, its definitely much easier to climb back into bed rather than put on your running shoes; while many people choose to exercise after work to avoid a busy morning, there are actually a lot of benefits to running with the sunrise

By the time you pull into the parking lot of your office at 9 a.m., you could already be done with your day’s run. Not to say a workout should be dreaded, but sitting in an office all day may leave you thinking more about dinner than how far you’re going to run. If you just get up and run first thing, you have the rest of the night to relax, and make that new recipe you found on Pinterest at work.

Chicago is notorious for its hot summers and cold winters. Getting up early in the summer will definitely help avoid any extreme temperatures or humidity, and in the winter, mornings are usually less windy than the afternoons; the air is much calmer in the morning, making it easier for breathing. It also is less polluted because the morning commuters haven’t contaminated it with their car exhaust yet.

If you are a bike path or city runner, then you’re definitely used to constantly dodging other pedestrians; by going in the early hours of the day, you’re more likely to have the path to yourself, which is not only less stressful, but more enjoyable. Not running at peak-pedestrian hours also allows you to focus on your own pace, rather than adjusting it to pass people up.

Running bright and early allows you to take advantage of all of your energy. Even sitting at a desk all day can be exhausting, and feeling drained on a run makes it more physically and mentally challenging. Not only will you feel more rested during your run right after you wake up, but you will have more energy throughout the day. In fact, it’s proven that increasing blood flow increases productivity and energy throughout the day – if your boss complements your work ethic, tell him about your morning run!

Unless its cloudy, the morning sunrise is one of the best views any runner could ask for. By allowing yourself to sleep in later and run in the afternoon, you are missing the beauty of Mother Nature. Plus, science shows that watching the sunrise a few times a week is a stress reliever, so go out and enjoy that purple and pink sky and feel completely relaxed.

Exercising as soon as you wake up will give your metabolism a kick that it probably needs in the morning. Once you return from your run, you will feel a lot hungrier than if you didn’t work out, therefore making your breakfast taste better. Also, you are more likely to choose healthy choices after burning calories, giving yourself a great start to your day.

Obviously though, planning to wake up at 5:30 a.m. to run is a lot easier said than done; here are some tips to hop out of bed wide-eyed and bushy-tailed: