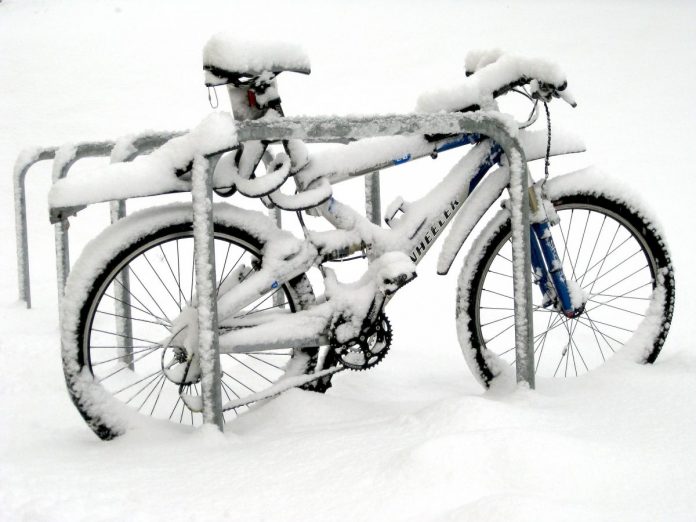 Fall is a wonderful time of the year. For runners, it means marathon and trail race season; for dedicated cyclists it’s the time of year for cyclocross; for triathletes in the Midwest, however, fall means finding a new sport to try out.

Personally, I’ve been dreading the colder temperatures. Sure, it means that bike paths become less crowded as fair-weather athletes take to the indoors, but it also becomes harder for me to keep exercise a priority.

Just last week I realized my new season blues were setting in when I looked at my calendar and noticed my next triathlon isn’t until June of 2017. Rather than skip my workout and watch Netflix (which is what I wanted to do), I made a goal to use these next few months to become a better triathlete and have fun in the cold temperatures while doing so.

Here are four ways I’m going to avoid new season blues and enter next year an even better triathlete:

Master swim classes are fantastic because all you do is show up. The instructor comes with a workout in mind and usually they are over before you know it. It’s a great way to catch up with friends and keep the fun of exercise alive even when there is snow on the ground. Another great tip: You can use these months to work on perfecting your swim technique, which will create efficiencies and make you faster.

I’m not a cyclist who is willing to brave riding in the cold. This winter I’m going to be hosting and participating in trainer ride nights and you can, too. Invite a few friends over to set up their bikes at your place once a week, put on a workout playlist and do an hour-long trainer workout as a group. If you need ideas for workouts, just ask Google.

Get a running group together once a week

Treadmills can be great in colder weather, but they can become mentally tough if you run on them day in and day out. To break the monotony, try getting out on the pavement at least once a week, no matter the weather. Make this easier by scheduling a set day and time once a week to meet a group of runners. I recommend meeting as a group to do a long run. You don’t necessarily need to run together the entire time, but starting together will help get you out the door.

Although it’s a few months out, sign up for a 2017 triathlon if you haven’t done so yet. Write down a goal you have for that triathlon (this goal can be time-related or it can be as simple as “Be more confident in the swim”). Now post that goal in a place you’ll see it everyday and use these next few months to focus on that specific goal. This will come in handy when you really don’t want to leave the house to get in a workout.

Don’t let all of your spring and summer training go to waste – when the temps turn chilly, it’s still possible to get in valuable exercise that will prepare you for races in 2017. This way, you won’t feel like you’re starting from scratch when the ice melts next March or April.