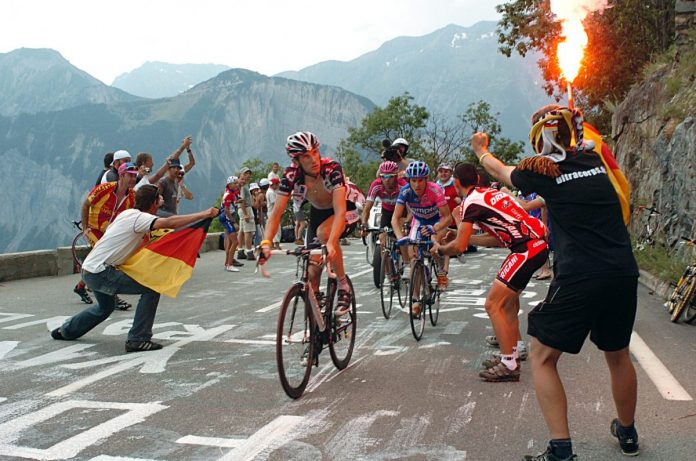 The Tour de France is one of the few sporting events that is being held this year and is going on right now. It began on August 29th and will run until September 20th.

Instead of full cancellation, the race was postponed two months. The race has only been cancelled twice in history, during World War I and World War II. 2020 was the only time the race had ever been postponed during peacetime since its inception in 1903.

The race has a lot to prove in terms of safety and strict sanitary conditions have been put in place. Racers have to stay in their sanitary bubble, and if any team has 2 or more members who test positive for COVID-19, the race has the ability to remove them from the race entirely. Crowds, media, and support crews have all been strictly limited and distanced from the racers.

According to Forbes, “this year could be one of the biggest ever tours, since the first, when Maurice Garin won in 1903, for a number of reasons, and not just economic.”

The race is broadcast in nearly 200 countries and normally draws 10-12 million tourists who line the race route. The tourists will be absent this year, similar to most pro sports, but the energy is still high as racers compete for the coveted yellow jersey.

“People appreciate the skill of the riders like Egan Bernal, Sepp Kuss or Tejay van Garderen, watching them tear through the lush countryside over 21 stages and 3,484 km (2,165 miles) through beautiful French mountains and towns. Despite the rain, Norwegian Alexander Kristoff won the first stage of the 107th Tour de France in Nice to to wear the coveted yellow jersey. The French press called it le toboggan niçois (the Niçoise slide) as they ploughed round each hair-raising bend to descend down a scary sloping incline.” Forbes.

The Tour begins in Nice, France and ends in Paris, France as riders embark through 21 stages. A full view of the route can be viewed here.

The racers left southern France on September 1st to head up through the Alpilles (baby Alps) from Sisteron to Orcières-Merlette, which is 1,800 meters above sea level. Previously the race had been about speed, but will soon change to elevation.

You can watch the Tour de France here, as the riders strive for that prestigious yellow jersey throughout September.